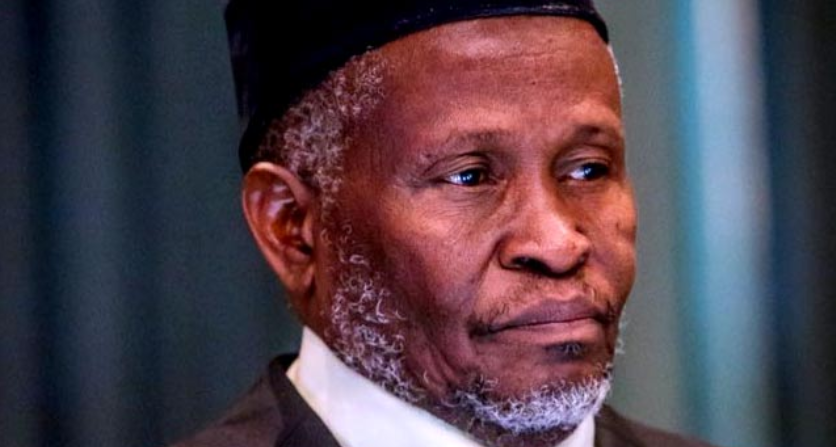 Sources told Channels Television that Justice Muhammad resigned on Sunday night, citing ill-health as the reason for his decision.

Information also has it that arrangements are ongoing to swear in the next most senior justice of the Supreme Court, Justice Olukayode Ariwoola, as the acting Chief Justice of Nigeria.

According to reports, a formal announcement will be made shortly.

Until his resignation, reports had it that Justice Muhammad was seriously ill.

Last week, 14 justices of the Supreme Court had written him a letter to lament the decrepit state of affairs in the apex court.

In the leaked letter, the Justices accused the CJN of refusing to address the issues despite drawing his attention to them.

They complained of a lack of residential accommodation and vehicles at the court.

The justices further accused the CJN of gallivanting with his “spouse, children and personal staff,” while not allowing them to travel with an assistant on foreign trips.

The justices decried the lack of legal research assistants, despite the magnitude of cases being adjudicated.

On erratic electricity supply, the justices said they have been confined to work between the “hours of 8 a.m and 4 p.m daily, for lack of diesel,” after they were notified of the development by the Supreme Court’s Chief Registrar, Hajo Bello.

Meanwhile, Justice Tanko Muhammed did not attend the opening of the training for Judges on Alternative Dispute Resolution organized by the National Judicial Institute, amidst reports of resignation.

Although no Supreme Court Justice is present at the event.

Training of Judges by the Institute is usually declared open by the CJN or any of his representatives. however, the Administrator of the Institute, Justice Garba has opened the session.