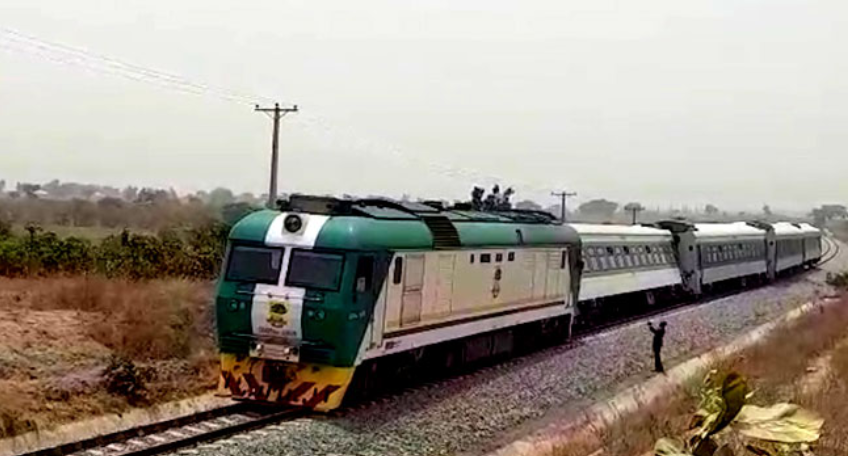 Seven more kidnapped passengers of the March 28 train attack in Kaduna state have been released by the terrorists who attacked the train.

The victims were released by their abductors on Saturday after spending over 100 days in captivity.

The security agencies are yet to confirm the development, but a member of the negotiating team and media consultant to Kaduna based Islamic cleric, Sheikh Ahmad Gumi, Tukur Mamu, told Channels Television that the kidnapped victims were released based on dialogue and negotiation with the terrorists.

But he did not say if any ransom was paid or not before the terrorists released the victims.

Among the freed passengers according to Mamu, include the son of the Chairman of Northern Elders Forum, Professor Ango Abdullahi, Sadiq Abdullahi, Bosede Olurotimi, Abubakar Zubairu and Alhassan Sule. Others are Muhammad Daiyabu Paki, Aliyu Usman and the only foreign national of Pakistani origin, Dr. Muhammad Abuzar Afzal.

Mamu disclosed that the seven released hostages have been handed over to the military and that they were in their way to Kaduna.

Mamu, while reiterating the power of mediation in addressing the security challenges bedeviling the country, claimed that he singlehandedly facilitated and initiated the release of the seven kidnapped victims with support from Sheikh Ahmad Gumi.

“That is why I keep emphasising that government has the power to end the agony of this innocent victims in one day,” he said.

“This is just one individual that sacrifice his life and even integrity. There is no military solution to the current security debacle in Nigeria. When you sincerely engage them this guys even though wicked with misguided religious beliefs, they are listening. I have sufficient evidence to probe that they due listen. It is this power of engagement and sincerity that resulted to the release of this 7 victims”.

While he thanks the General Officer Commanding the one Mechanized Division of the Nigerian Army for the support during the negotiation and the subsequent release of the hostages, Mamu however lamented that despite the poor medical condition of many of the released hostages, there was unnecessary security checks which wasted “their time in a military unit at the outskirts of Kaduna.

“The location they (abductors) gave is remote, sensitive and risky. There was a military checkpoint before penetrating the forest. My team was stopped by the soldiers but when they told the military our mission they contacted the GOC and he immediately gave approval for them to proceed. And after the victims were successfully evacuated, travelling through over 40 kilometers in the forest, they were given a military escort back to Kaduna at the checkpoint”.