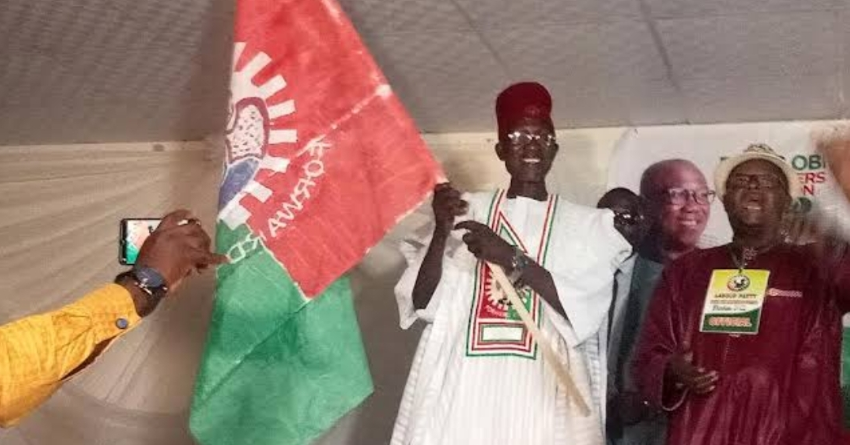 A family source confirmed Mr Margif’s arrest but could not immediately state the reason for the arrest or which police station he was taken to.

Plateau state Labour Party gubernatorial candidate, Yohana Margif, has been arrested by police officers in Abuja.
Mr Margif was whisked away on Thursday along the busy Kubwa expressway in the Federal Capital Territory.

Confirming the arrest to Peoples Gazette on Friday, Mr Margif’s running mate, Jack Dung Bot, said that he wasn’t ready to speak because he was “too emotional,” and also “trying to put himself together.”

He, however, promised to reach out when he gets his composure in check.

A family source confirmed Mr Margif’s arrest but could not immediately state the reason for the arrest or which police station he was taken to.

“No one has hinted me on the details yet. I don’t know the station, but I asked someone to tell me, he promised to call back,” he said.

The report of Mr Margif’s arrest comes days after the Labour Party notified INEC of the withdrawal of some candidates, including Mr Margif, from the race, providing new dates for the conduct of fresh primaries in the affected states.

A Jos-based political commentator, Vilret Enoch, told The Gazette that Mr Margif has come under intense pressure to withdraw from the race in the last few days but the candidate has rebuffed all entreaties.

“There is a plan to present a new candidate to represent the party. I heard that he (Mr Margif) was approached to withdraw but he refused. The unknown candidate is also rumoured to be from the APC after he fell off with the party,” he said.

He however said Mr Margif’s arrest could be tied to some fraud allegations levelled against him in the past.

Police spokesperson in Abuja could not be immediately reached for comments.