Magu Will Be Prosecuted If Indicted, Despite Promotion – Salami Panel 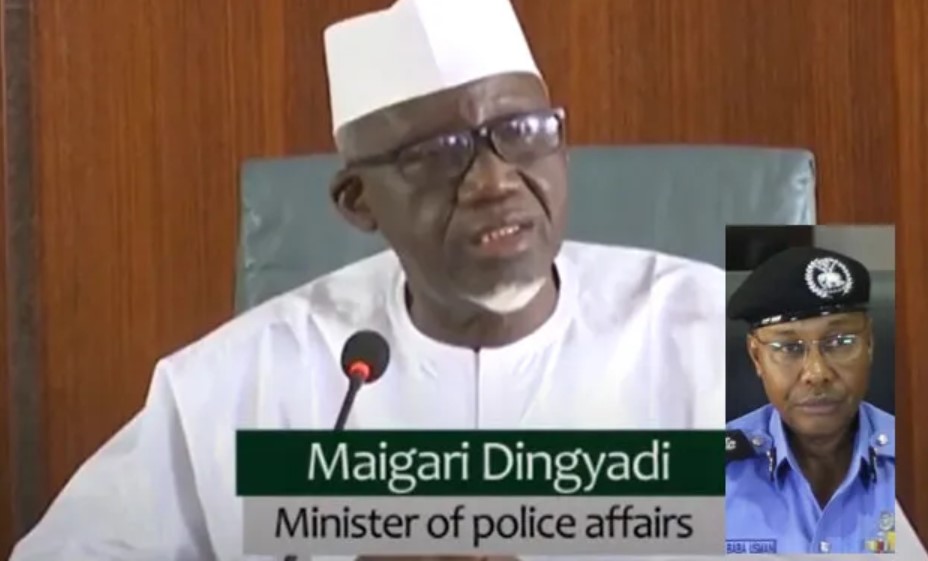 The police affairs minister says the Police Service Commission needs to explain why Mr Magu was promoted, despite probe.

The Minister of Police Affairs Maigari Dingyadi says the newly promoted former acting Chairman of the Economic and Financial Commission (EFCC), Ibrahim Magu, will be prosecuted if eventually indicted by the panel that probed him

Mr Magu had appeared before the Salami panel in July 2020 to answer allegations against him by the office of the Minister of Justice and Attorney General of the Federation, Abubakar Malami.

The investigative panel, chaired by a former President of the Coury of Appeal, Ayo Salami, upon conclusion of its assignment, submitted its findings to the President Muhammadu Buhari in November 2020.

However, Mr Dingyadi was fielding questions from State House correspondents on why the Police authorities were yet to act on the recommendations of the panel but chose to promote Mr Magu to the position of Assistant Inspector-General (AIG) of Police before his eventual retirement.

“This is an issue that should have been addressed by the Police Service Commission, who have the responsibility to conduct promotions of the police.

”They are not here. And I am aware that the Police Service Commission is directly under the presidency.

”So, I cannot speak for them. But what I know is that Mr Magu has already retired and that is what I can tell you now.

”The fact that he was promoted is a matter for the Police Commission to, maybe, throw more light on.

”I’m not aware of the position of government on the report you are talking about and I think it is still being under consideration.

”It doesn’t mean that when he retires, the laws will not catch up with him whenever he is found guilty.

”So, I think it’s not completely a finished business,” he said.

On the ongoing fight against criminals across the country, the minister disclosed that the Police had begun to deploy technology in dealing with crimes and criminalities in the country.

According to him, the Police authorities are striving hard to be civil in their operations but will deploy firearms where necessary in the discharge of their responsibilities.

Mr Dingyadi also disclosed that the ministry would soon commence the recruitment of additional 10,000 police constables in the next one month or two in line with the President’s directive to employ 40,000 men within his second tenure.

On the request in some quarters for psychiatric test for policemen to ascertain their psychological stability, the minister said the men were undergoing rigorous and extensive screening.

He said such screening included medical tests on prospective recruits, assuring that the best available were those engaged in the system.

While noting that the demands of the ENDSARS protesters boiled down to police welfare, which the government had since begun to implement, the minister disclosed that 25,000 constabularies had been trained for community policing.

He, however, urged the community leaders to cooperate with the constabularies posted to them by gathering and sharing intelligence as well as reporting cases that needed to be reported.