May God Grant You Success In Kidnapping President Buhari, El-Rufai, Garba Shehu; Flog Them Well In The Bush –Islamic Preacher Prays For Terrorists 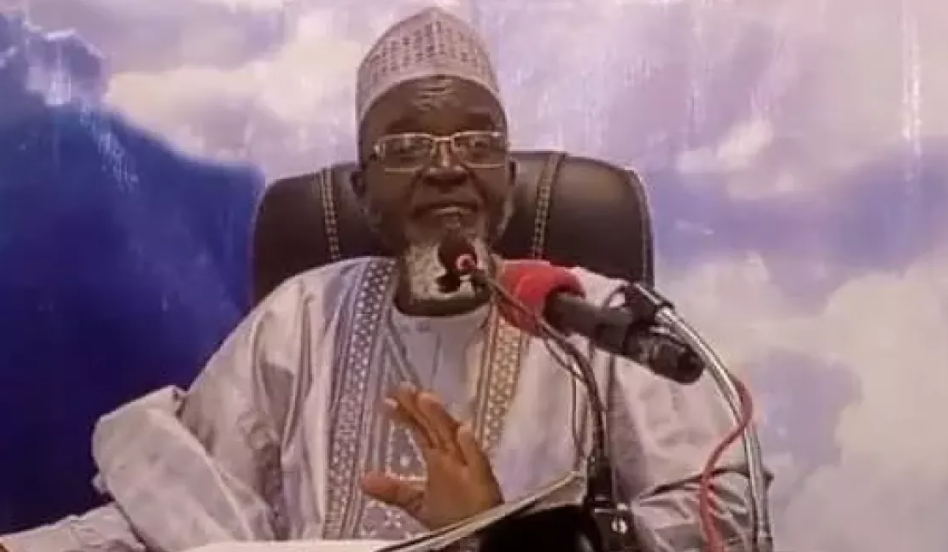 A popular Islamic preacher based in Sokoto State, Bello Yabo, has prayed that terrorists who threatened to kidnap President Muhammadu Buhari, Governor Nasir El-Rufai of Kaduna State and the Senior Special Assistant to President Buhari on Media and Publicity, Garba Shehu, should be successful in their mission.

Yabo, who said the prayer while reacting to Shehu’s comment on the terrorists’ threat, however, appealed to the kidnappers to release the innocent victims in their custody.

He insisted the terrorists are free to kidnap Nigerian top leaders.

SaharaReporters earlier reported how terrorists who abducted passengers of a Kaduna-bound train on March 28, 2022, in a viral video, threatened to kidnap President Buhari, El-Rufai and some lawmakers if they did not comply with their demands.

But Shehu while reacting to the threat had said that the “terrorist activity using propaganda and the use of violence to force governments to accept or submit to political demands is not new all over world.”

In response to Shehu’s statement, the Islamic cleric berated him (Shehu) for simply describing the threat as prograpanda. The cleric accused Shehu of being insensitive to the unfortunate plight of kidnapped victims.

According to a report by Daily Nigerian, Yabo prayed for Shehu to fall into the hands of the kidnappers, “I pray they kidnap you, Garba Shehu, and demonstrate as propaganda.”

“We are praying for you kidnappers. May God grant you success in carrying out your threats to kidnap those people. But please release the innocent people in captivity.

“If these were the kind of people you have been abducting all this while, we wouldn’t have bothered ourselves. We would instead pray and bless you because they have become a disaster [to us].

“These are people who promised heaven and earth, and now they have the opportunity but became incompetent. Take them to the bush and flog them, instead of humiliating innocent citizens who are striving to make ends meet.

“And please make good your threats, and we will support you with prayers.”