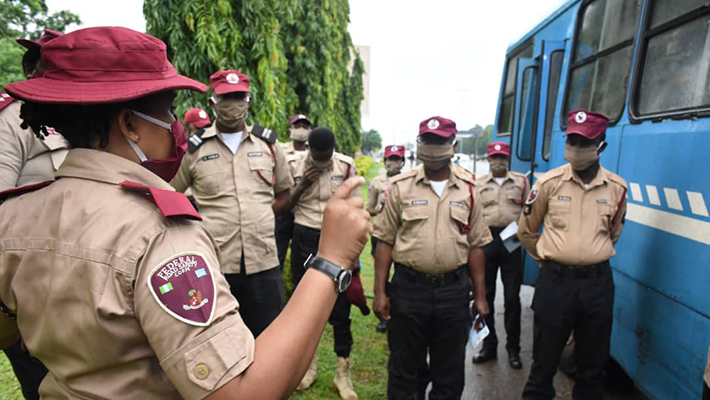 The incident occurred at about 11pm, inward Ojota. Vehicles involved were an articulated vehicle with number plate YYB 112 XA, a commercial bus (Danfo) with number plate KRD 672; XE painted in Lagos colour and an unidentified tipper laden with granite.

A total number of 15 passengers (12 males and three females) were said to be involved in the accident but five of them lost their lives as a result of the fatal head injuries while others were rushed to a nearby hospital for medical attention.

Confirming the incident, Route Commander, Olabisi Sonusi, Federal Road Safety Corps FRSC, said the bodies were handed over to the appropriate agency at the scene of the incident and the crashed vehicles towed off the road.

“The combined efforts of Lagos State Emergency Management Agency LASEMA, alongside FRSC, the Nigeria Police and LASAMBUS were on ground for the recovery operation.

“A total number of 15 people (12 males and three females), were involved in the accident but five adults (Four males and One male), lost their lives.

“The Sector Commander commiserates with the families of the deceased and wishes the injured quick recovery.” She said.