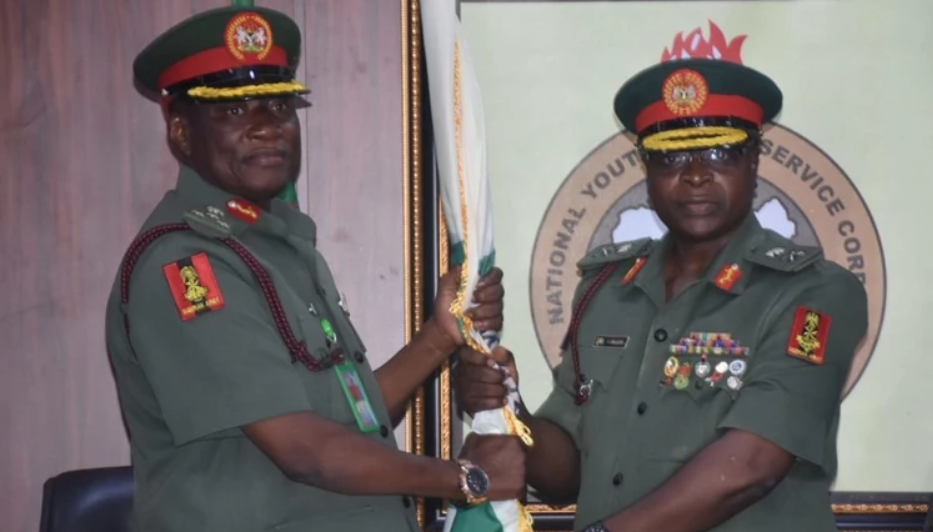 He said this on Wednesday in Abuja, at the formal handing/taking over ceremony from the outgoing Director-General, Maj.-Gen. Shuaibu Ibrahim.

Fadah said that national unity, peaceful cohesion and integration were the vision for which the scheme was created and that he would ensure that it was achieved to the letter.

According to him, the former D-G had created very huge shoes for him to fit in, but with the support of the management, I will fit them properly.

Fadah said, “We will maintain all the completed projects and ensure the completion of ongoing ones to a logical conclusion.

“Please, let us work as one family. You have supported Gen. Ibrahim, extend that kind of support and advice to me.

“Because I need your cooperation for us to make progress and build on what he has done.”

Fadah was appointed on Wednesday by President Muhammadu Buhari as the 19th D-G of the scheme.

An indigene of Yobe state, he attended Sugum Primary School and Government Science Secondary School, both in Yobe.

He also attended the University of Ilorin, where he obtained a Master of Arts in Peace and Strategic Studies.

The new NYSC boss is presently studying for his PhD in Security and Strategic Studies at the National Defence Academy.

He has also participated in various military courses from Young Officers’ Course on Intelligence to Comprehensive Protection of Civilian Leadership Course.

Earlier in his handover speech, Ibrahim said that in his three years as the helmsman of the scheme, he enjoyed the full support and cooperation of both staff and stakeholders of the organisation.

He said, “I am confident that the new D-G will consolidate on the gains of the past three years, especially through the multiplicity of partnerships with both government and Non-Governmental Organisations for national development.

“I would advise that you pay particular attention to the security and general welfare of youth corps members and staff, as well as make sustained advocacy for stakeholders’ support as part of your approaches to administration of the scheme.”

Also, during a farewell parade in his honour, Ibrahim called on Nigerians in diaspora to, upon completion of their qualifying academic programmes, always return to the country for the mandatory service year to avoid contravening the law.

According to him, returning to observe the service year is a show of patriotism and a way of contributing their quota to the development of the country.

He commended other Nigerians in diaspora that have made themselves available for the National Service.

Ibrahim also expressed gratitude to staff and management of the NYSC for the loyalty, commitment and passion they demonstrated to actualise his vision for the scheme.