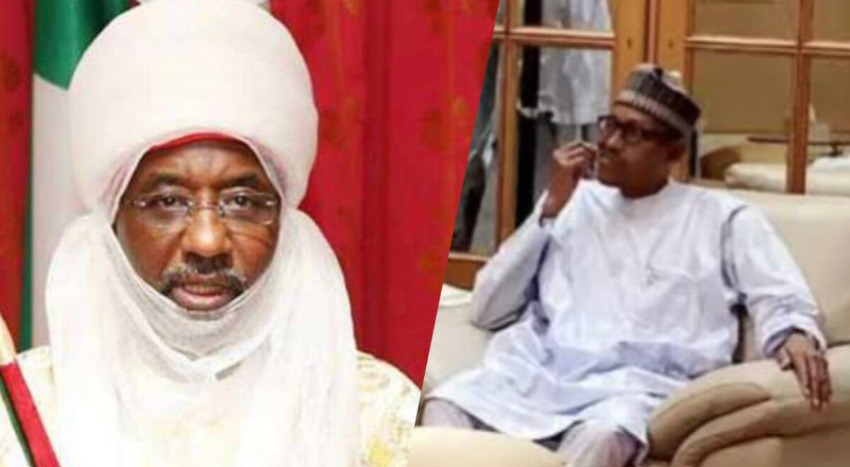 Former Central Bank of Nigeria’s governor Sanusi Lamido Sanusi has decried President Muhammadu Buhari’s taciturn leadership as a “mess” and slammed the APC regime for letting the country become bankrupt without applying a sense of urgency.

Last July, the CBN raised the alarm over Nigeria’s increasing debt profile, expressing concerns over debt sustainability in the face of global uncertainties.

“We were in a deep hole in 2015. And between 2015 and now, we have been digging ourselves into a deeper hole. We thought we had a big problem in 2015. 2015 is nothing compared to what will happen in 2023,” said Mr Sanusi, a critic of former President Goodluck Jonathan.

He added, “We have terrorism, we have banditry, we have inflation, we have an unstable exchange rate, and the worst thing is that those in leadership actually think we are going to thank them when they leave office, that we are going to appreciate them. There is no change.”

The ex-CBN and emir of Kano stated this at the Akinjide Adeosun Foundation (AAF) leadership colloquium, held in Lagos on Thursday.

Lamenting debt accumulation by Mr Buhari’s regime, Mr Sanusi said Nigeria “is the only oil-producing country that is grieving at the moment when oil prices have gone up as a result of the Russia/Ukraine war.”

Mr Sanusi also described Nigeria as bankrupt because it could not service its debts.

“Our total revenue is not able to service our debt. And if anybody does not understand that we are in a complete mess, we are. There is no sense of urgency,” he explained. “If you are running a company and your sales revenue cannot pay interest, you know you’re bankrupt. When the total revenue of the federal government cannot service debt, we are smiling.”

Mr Buhari has failed to rein in marauding bandits and the insurgent Boko Haram threatening to establish an Islamic rule.

In 2018, Nigeria displaced India to become the world’s poverty capital, according to a report by Brookings Institution, while Nigeria’s total public debt hit N41.60 trillion during Mr Buhari’s reign.