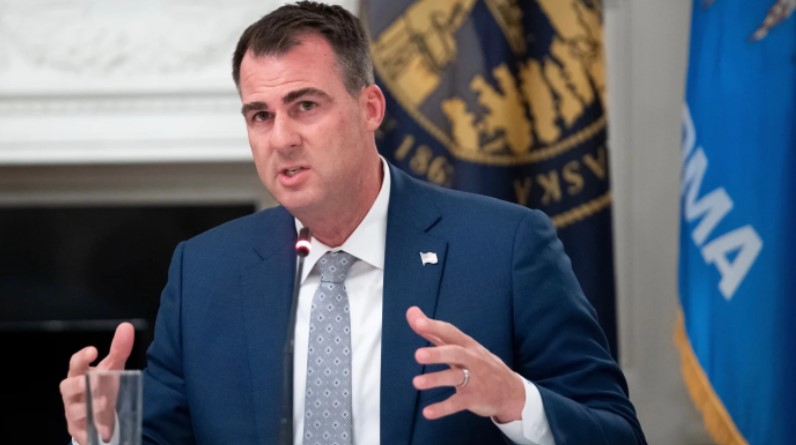 Oklahoma is one step closer to severely restricting abortion access.

On Thursday, the state’s House of Representatives voted to approve a bill that will ban nearly all abortions beginning at fertilization. However, the GOP-backed legislation—House Bill 4327—provides exceptions in cases of rape and incest that were reported to law enforcement. It also allows doctors to carry out abortions in order to save the pregnant person’s life.

The bill passed Thursday on a 73-16 vote mostly along party lines.

“It is my sincere hope that, in addition to the criminal bill passed this session, this civil liability bill will provide strong, additional protection of the life of unborn children in Oklahoma,” GOP state Rep. Wendi Stearman, a co-sponsor of the bill, said in a statement.

HB 4327 does not restrict the use of contraceptions, such as the morning after pill. The bill states that abortion “does not include the use, prescription, administration, procuring, or selling of Plan B, morning-after pills, or any other type of contraception or emergency contraception.”

The legislation is now headed to the desk of Oklahoma Gov. Kevin Stitt, who is expected to sign it immediately. The passage of HB 4327 comes just weeks after the Republican governor signed SB 1503—aka the Oklahoma Heartbeat Act—into law. The bill prohibits abortions in the state after a fetal heartbeat can be detected, which usually occurs around the six-week mark.

Stitt previously promised to sign any law that restricts abortion access, saying he wanted Oklahoma “to be the most pro-life state in the country.”

Alexis McGill-Johnson, the president and CEO of Planned Parenthood Federation of America, slammed HB 4327 in a statement to CNN.

“Oklahoma will be the first state in the country to completely outlaw abortion – even while Roe still stands,” she said, adding that her organization intends to challenge the bill. “What little abortion access is left in the state will be gone, and the crisis faced by Oklahoma patients and those that depend on access in the state will worsen.”

The national debate surrounding abortion intensified this month, after the leak of a U.S. Supreme Court draft opinion overturning Roe v. Wade, the 1973 landmark decision that established the constitutional right to abortion. The justices are expected to issue a ruling sometime this summer.