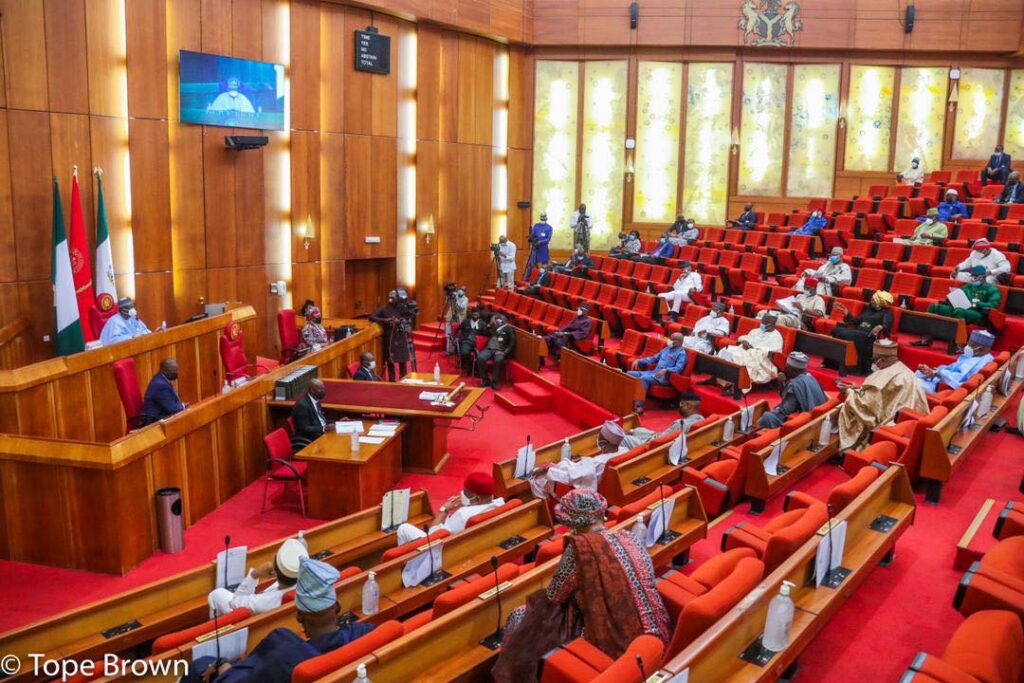 This followed mild drama that played out during the plenary in the upper chamber of the National Assembly in Abuja, the nation’s capital.

The Minority Leader of the Senate, Senator Philip Aduda, had raised a point of order asking the Senate President, Ahmad Lawan, to discuss the security situation in the country and the impeachment of President Buhari.

But Senator Lawan, who presided over the plenary, declined the request of the minority leader, saying the point of order raised fell flat on its face.

Senator Aduda later briefed reporters at the National Assembly complex on behalf of his aggrieved colleagues.

According to him, the opposition senators have issued a six-week ultimatum to President Muhammadu Buhari to tackle the security challenges bedevilling the country.

They agreed to commence impeachment proceedings against the President should he fail to address the insecurity within the period given by the lawmakers.

The action by the opposition lawmakers is the latest in a series of concerns raised by various individuals and groups amid the rising spate of insecurity in the country.

Hours before the plenary, a human rights activist, Professor Chidi Odinkalu, criticised President Muhammadu Buhari’s administration over the manner in which it is handling the security challenges in the country.

Odinkalu, a former Chairman of the National Human Rights Commission (NHRC), decried the level of insecurity in the country, especially the renewed attacks by terrorists in recent times.

Although he acknowledged various critical roles of the President, the stressed that the country would be better secure with adequate coordination.

The former NHRC chief advised the President to delegate some of the roles, except that of a Commander-in-Chief.

“There is only one element in the job of the President that can never be delegated as long as the President is terrestrial, that is a Commander-in-Chief,” said Odinkalu when he appeared as a guest on Channels Television’s Sunrise Daily.