Orji Kalu – ‘Osinbajo Is A Betrayer, South-East Supported Him To Be Vice President’ 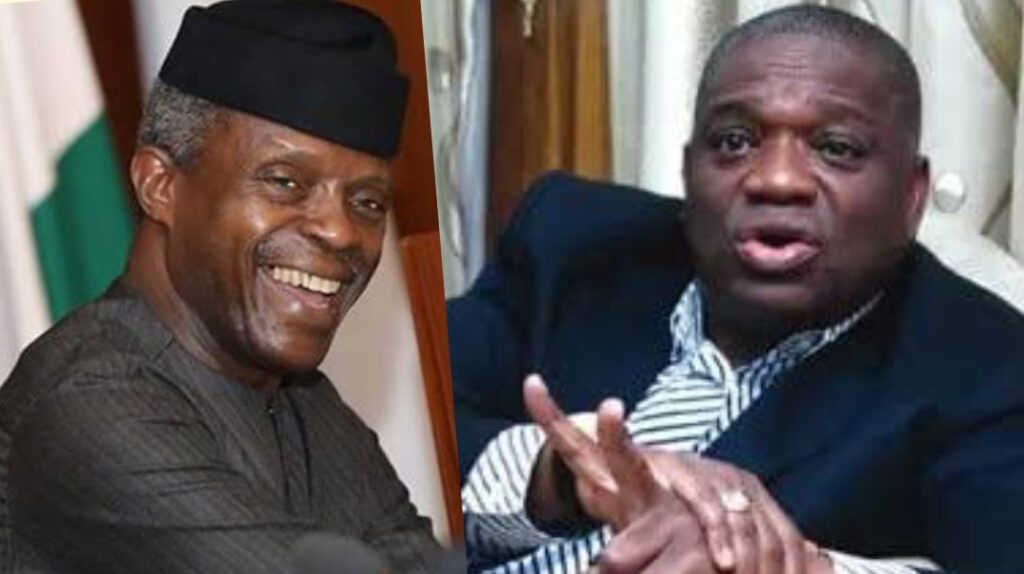 “Any southerner that is not from the South-East and is coming to run for president is a betrayer,” Mr Kalu said. “They are the ones betraying us.”

The ex-Abia governor stated this in an interview with Channels TV on Monday night, declaring that the South-South and the South-West have abandoned the South-East in its quest to produce the next president.

Mr Kalu is riled that Mr Osinbajo, a Redeemed pastor, could betray the trust of the South-East, claiming that the Igbo helped him on his way to becoming the vice president of Nigeria.

He has repeatedly complained about the party’s failure to consider the history and political trajectory of the Igbos.

In April, he castigated South-South and South-West APC presidential aspirants for being selfish.