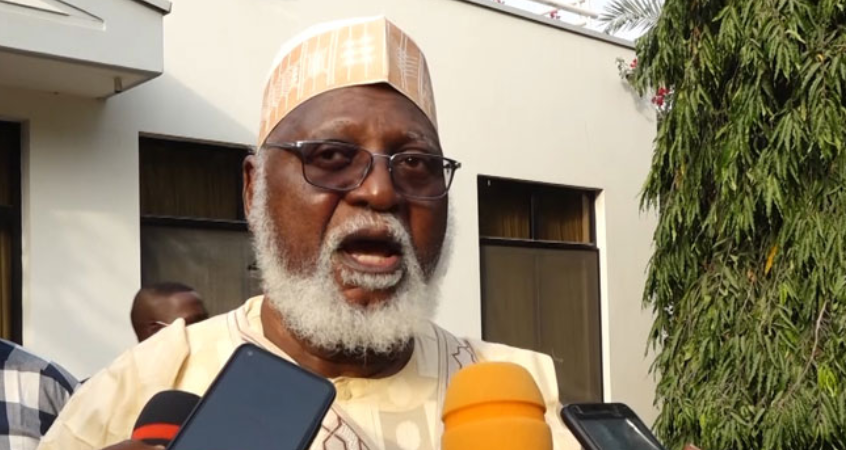 Ahead of the July 16, 2022, Osun State off-cycle governorship election, the National Peace Committee (NPC) has urged the people of Osun State to once again come out en-masse, exercising their civic rights to vote, without fear of violence and with the understanding that the structures for growth are dependent on peace.

Chairman of the NPC, General Abdulsalami Abubakar, in a statement on Monday, asserted that at the heart of the nation’s democratic society is the opportunity for the citizens to choose those who will lead them.

Consequently, he said the National Peace Committee made the following observations:

“We applaud the commitment and tenacity of the people of Osun State who support our democracy by engaging in the electoral process, obtaining their permanent voters’ cards (PVCs) to be eligible to vote on election day, while participating in rallies and campaigns for the various candidates.

“In particular, we call on our youths to make and present themselves as ambassadors of peace, and not as pawns used for thuggery and violence. As youths, you retain the hope and future of Osun State and Nigeria at large when you support the democratic process.

“Your willingness to vote even during times of heightened insecurity, reflects the acceptance of democracy as the most appropriate form of governance for Nigeria.

“We are aware that the contestants in the elections are running robust campaigns. These pre-election activities have at several times been characterised by vile comments, politics of blame, heated debates, and allegations of political thuggery.

“Elections should and must be devoid of utterances which stir up hate and instigate violent acts, monetisation of the process but rather follow the rudiments of democracy, which is the rule of law and acknowledging the rights of every citizen.

“As such, we have continued in our engagements with the candidates and political parties, to reiterate and call on them to ensure they conduct themselves with civility and patriotism, adhering to due process and not self-help. We urge that contestants approach the elections in a true spirit of sportsmanship.

“The Independent National Electoral Commission (INEC)–the elections ombudsman, security agencies and other government agencies that facilitate the conduct of the electoral process should do so with transparency, particularly because the entire nation and the world is watching.

“All contestants – irrespective of their political platform, should be treated with fairness and equity. We call on INEC and the security agencies to ensure inclusivity, facilitating an electoral exercise where the electorate are not disenfranchised because of gender, religious beliefs, ethnic affiliation, or disability.

“It is important that public trust in the process is continually built and reinforced through free, credible and transparent elections in the state. We particularly urge that appropriate procedures are implemented to ensure the unhealthy and seemingly pervasive practise of voter inducement, commonly called “vote-buying”.

“The law in all its capacity and requirements should be applied to those involved in such a criminal act, both the buyer and seller.

“Finally, we call on all other stakeholders in the traditional institutions, media, and civil society to be alert to their responsibilities as envoys of our democratic values which are the means to attaining good governance, resulting in our collective growth and development.

“We believe that at the end of the contest, when the results are announced, all stakeholders will participate in the responsibility of governance, because the values and goals of democratic governance are not a zero-sum game. By such actions, Osun State will witness peace and harmony, and the dividends of democracy,” the communique partly read.

General Abubakar on behalf of the NPC, announced that a peace accord will be signed by the various political parties and stakeholders on 13th July 2022, in Osogbo, Osun State.