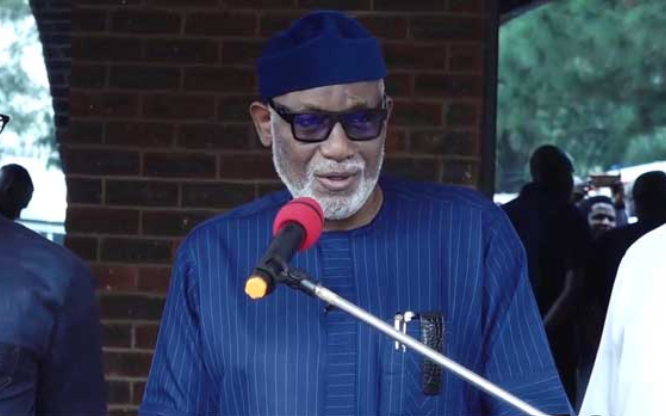 The governor said this in a statement issued by his Chief Press Secretary, Richard Olatunde, on Friday.

“The statement is too hasty. I take their conclusion with a pinch of salt. ISWAP don’t hide their attacks,” the governor was quoted as saying during a virtual interaction with a Swiss-based Christian human rights Organisation, Christian Solidarity International (CSI) on Friday.

“If they have done it, they would have owned up. We are yet to know their identity and our security people are still on their trail.”

Akeredolu, who described the attack that led to scores of death and several injuries, said the incident is a crime against humanity.

He said the attack, though horrific, will not deter the indomitable spirit of the people of the state in their quest to fight insecurity. The governor, thus, re-echoed the calls for state police.

“A single police command can not guarantee safety in this country. We must have state police now,” he said during the meeting.

“We are doing our best with Amotekun. But Amotekun is suffering a lot of limitations in getting all the equipment needed to fight these criminals.”

While lauding the international community for their response so far following the incident, he reiterated his government’s resolve to help victims of the attack, especially those who lost loved ones and those still in the hospital.