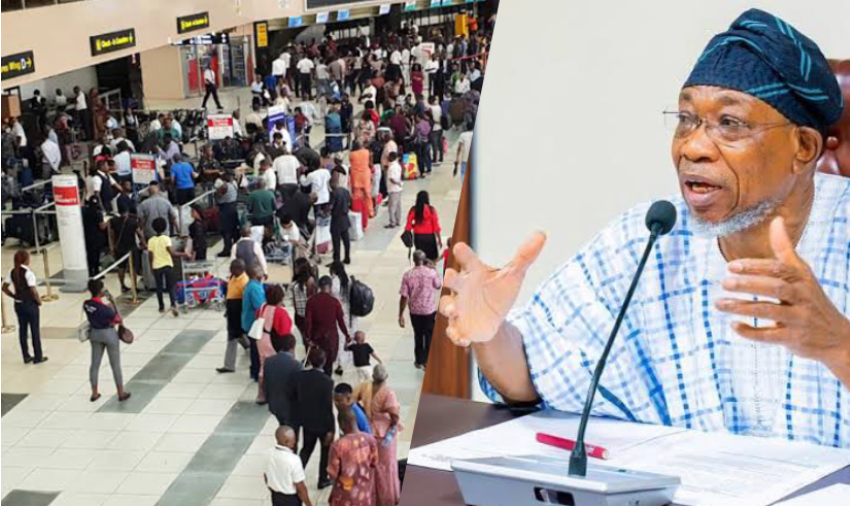 The minister pledged that President Muhammadu Buhari’s regime would will sanitise passports processing and tackle racketeers both within and outside the NIS.

Mr Aregbesola stated this on Tuesday at the roll-out of the enhanced electronic passport and the inauguration of the passport production centre in Port Harcourt.

He explained that the major challenge confronting the NIS in the issuance of passports was not lack of innovation but people and their negative conducts.

‘’We have introduced far-reaching reforms which some unscrupulous elements continue to frustrate and subvert with corrupt acts. These unscrupulous entities are both within our service and outside the service,” Mr Aregbesola stated.

He also singled out touts and impatient Nigerians for encouraging corrupt NIS officials.

“The menace of touting, inflation of price, delay in processing application, and withholding of passport, are some of the challenges and we appeal to Nigerians to help eliminate these malpractices,” the minister added. “There must be zero tolerance for these practices if we want to build a great nation.”

He called on the Rivers government and the Economic and Financial Crimes Commission to swing into action and identify those involved in passports racketeering.

The minister also mentioned that there was no passport booklet scarcity.

”The NIS has been provided with sufficient booklets to all passport offices nationwide. There are 13,000 booklets in Lagos, while the Port Harcourt office has 10,000. I urge those intending to obtain their passports to apply early to avoid delays,” he disclosed.

According to him, there is “wait and get passport service” worldwide.

“For fresh applicants, they are to wait six weeks and three weeks for renewals,” the minister said.

He ranked Nigeria high in the processing of passports.

NIS controller-general Isah Idris pledged that under his leadership, the agency would maintain the six-week timeline for fresh applicants and three weeks for renewals.

Mr Idris pointed out that the inauguration of the passport production centre would address the issues of delays.