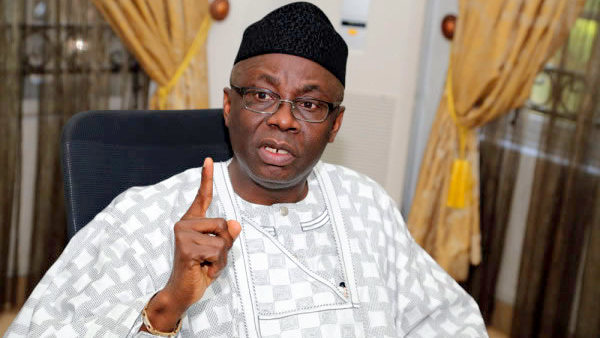 Pastor Tunde Bakare says he lost at the APC primaries because he refused to compromise his values.

Pastor Tunde Bakare has not dropped his dream and prophecy to become Nigeria’s next president despite scoring zero votes at his party’s primary election.

In the recent convention of the ruling All Progressives Congress (APC) held at the Eagle Square in Abuja, last week, the National leader of the party, Bola Ahmed Tinubu, who polled 1,271 votes emerged as the APC’s presidential candidate for the 2023 general election.

Explaining the reasons for his zero votes, the Lagos-based pastor during his Church’s Sunday service at the Citadel Global Community on Sunday, June 12, 2022, said he lost at the primaries because he refused to compromise his values.

“Our heads remain unbowed because we did not compromise on the values that are integral to building a New Nigeria. For us, the means has always been as important as the end.

“This is why we confidently wear our ‘zero votes’ as a badge of zero tolerance for a certain kind of politics,” he said.

However, after congratulating Tinubu on his victory, Bakare again proclaimed “I’m the next president come May 29, 2023.”

The pastor had in the past prophesied that he was born to become President Muhammadu Buhari’s successor.

In September 2019, Bakare while delivering a sermon told his church members that nothing can stop him from succeeding Buhari in 2023.

He said, “Take it to the mountain top if you have never heard it before. I am saying it to you this morning, in the scheme of things, as far as politics of Nigeria is concerned, President Buhari is number 15 and yours sincerely is number 16. I never said that to you before, I want to let you know it this morning; nothing can change it, in the name of Jesus. He (Buhari) is number 15; I am number 16.”

Days after, Bakare doubled down on his prophecy, saying would emerge Nigeria’s 16th president — right after Buhari’s administration.

Bakare has been Buhari’s friend for a while, he was his running mate for the 2011 general election, which they lost to the incumbent President Goodluck Jonathan.