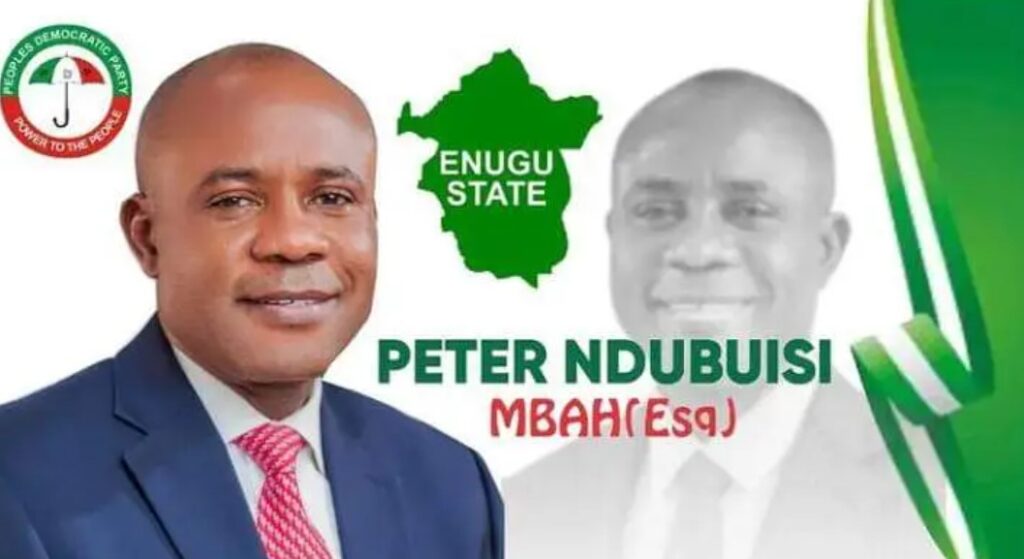 He said that apart from Oil Prospecting License, OPL 916 with 13 oil wells which the state shares with Anambra and Kogi States, it also has three other oil fields.

He made the disclosure at the university town of Nsukka during his thank-you-visit to members of PDP at Adada House in Nsukka Local Government Area of Enugu State.

“We would revamp our energy and oil sectors if you give us your mandate in 2023 election. We have OPL 916 which has lateral formations across Anambra, Enugu, and Kogi States.  Out of its 13 oil wells, 11 are already producing. So, Enugu should be an oil-producing state.

“Apart from the OPL 916, Enugu State has three other oil fields; including OPL 905, 907 and 914. We have the data of the oil deposits in these fields and we would begin to make money from them. We have a lot of other mineral resources such as limestone, and coal among others,” he said.

While commending Governor Ifeanyi Ugwuanyi, for provision of adequate security of lives and properties in the state and for the prompt payment of workers salaries, he pledged to consolidate on his achievements, adding that he would grow the state’s economy from its present ₦4.4 billion to ₦30 billion when he becomes the governor of the state.

He also said that he would achieve a zero percent rate in poverty head count in the state, adding that the state would operate on government-driven private sector economy.

“The nation is in dire economic strait. What this means is that we may not be relying on federal allocations alone to run the state.

“We have also seen the level of insecurity  in our country today. So, we already have existential threats and looming danger both as a people and as a country. Therefore, we need people who can profer solutions to these problems because we have compelling social and national problems. Therefore, we need creative minds who can think out of the box and people who have aversion for convention in solving these problems.

“I am sure that you will not regret the decision you made on the 25th May, 2022, which produced me as the governorship candidate of People’s Democratic Party in our state,” he said.

The chairman of Nsukka Local Government Area, Barr. Walter Ozioko, while making his remarks said that the local government is for the PDP, assuring the gubernatorial candidate that he would be victorious at the polls in 2023.