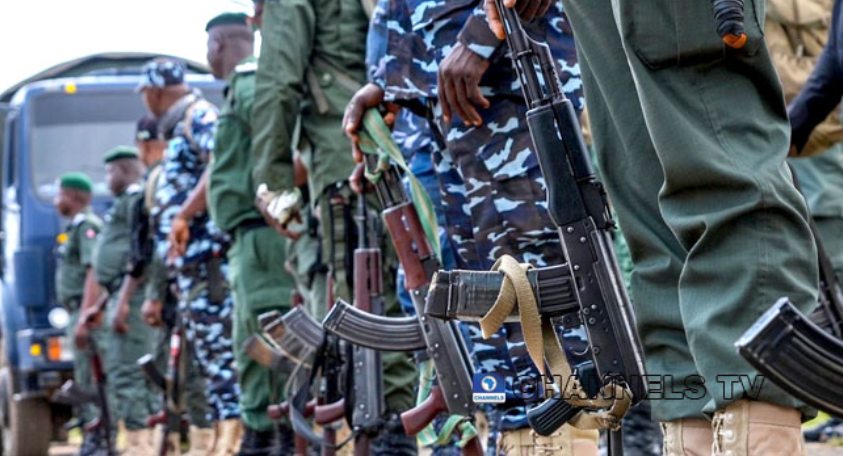 The Inspector General of Police, Usman Alkali Baba, has ordered the deployment of additional forces to strategic areas in the federal capital territory.

The Force Public Relations Officer, Muyiwa Adejobi, disclosed this in a statement on Tuesday amid concerns over security breaches in some parts of Abuja, the nation’s capital.

According to Adejobi, the police are not leaving any stone unturned to fortify the Federal Capital Territory and its environs.

He called on residents of the FCT to synergise with the police and other security agencies to forestall any breach of security in the nation’s capital.

On Monday, gunmen suspected to be terrorists ambushed troops of the Presidential Guards Brigade along Kubwa-Bwari area of the FCT, inflicting injury on at least three soldiers.

The gunmen were reportedly on their way to lay siege on the Nigerian Law School, Bwari when they came face to face with the troops.

According to sources, the attackers of the Guards Brigade were headed to the Nigerian Law School in Bwari when they ran into the troops.

Read the full statement from the police spokesman below:

We are not leaving any stone unturned to fortify the Federal Capital Territory and its environs.

The IGP has ordered the additional deployment of assets to Strategic areas of the FCT while the Force Intelligence Bureau has been charged with robust Intelligence gathering and information sharing amongst other agencies.

All residents of the FCT are urged to synergise and be on the same page with the Police and other security agencies in making sure that we forestall any ugly incidences in and around the FCT.