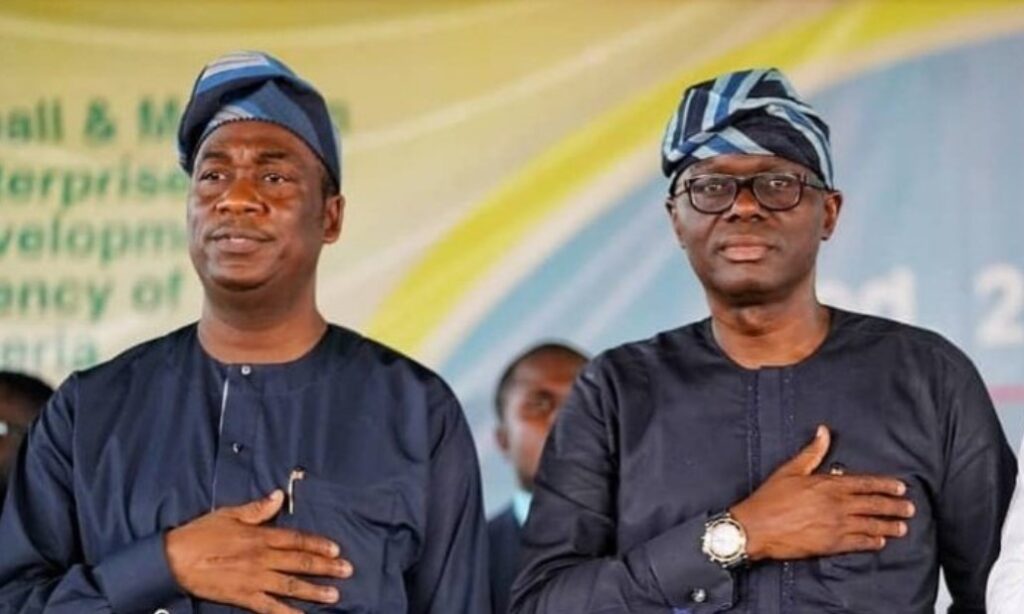 Strong indications have emerged that the Lagos State Governor, Babajide Sanwo-Olu may likely run for re-election in the 2023 gubernatorial poll with the incumbent Secretary to the State Government, Folashade Jaji as a mate.

This followed revealed that the incumbent deputy governor, Dr, Obafemi Kadiri may likely vie for a senatorial seat on the platform of the All Progressives Congress, APC.

It was gathered that the choice of Jaji as the Deputy Governor is being considered to balance the gender equation as well as attract the full support of womenfolk which forms the bulk of the voters and give them a sense of belonging. It is instructive to note that during the previous administrations in the state, particularly, former governors Babatunde Fashola and Akinwumi Ambode had female deputies.

Jaji, who is politically savvy as well, was a former Head of Service, HoS in the state.

Hamzat had always been rumoured to have the plan of relocating to Epe after the first tenure with Sanwo-Olu where he initially intended to run for the office of Governor before reshaping it to senatorial after power bloc advice. In the wake, he was advised to relocate to Ifako/Ijaiye and contest the Lagos West Senatorial district which is vacant because of the incumbent, Senator Solomon Olamilekan, popularly called, Yayi, relocation to Ogun West.

Interestingly, quite a number of aspirants have started emerging for the West Senatorial District to replace Yayi. Notable among then is former minister of defense, Senator Musiliu Obanikoro, whose colourful posters could be seen at various corners of the district. Others are; Senior Special Assistant to President Muhammadu Buhari on Sustainable Development Goal, SDG, Mrs. Joke Orelope-Adefulire, and Dr. Idiat Adebule, both former deputy governor and former Commissioner for Transportation, comrade Kayode Opeifa and still counting.

In Lagos central, deputy speaker of Lagos State House of Assembly, Wasiu Sanni Esinlokun is said to have been anointed by Senator Oluremi Tinubu. Esinlokun, who had since picked his nomination form, is expected to face the influential, Speaker of House of Representatives, Femi Gbajabiamila. The incumbent senator, Senator Tinubu, it was gathered is stepping down and complement her husband, Asiwaju Bola Tinubu in achieving his presidential ambition of the Federal Republic of Nigeria.

In Lagos East, Senator Tokunbo Abiru, who is having the best of time at the Hallow chamber, may not have any opposition from the APC because, he was brought in as a replacement for the late Senator Bayo Oshinowo, aka “Pepper.”

Besides, he is a strong Tinubu’s loyalist and close ally.

Though, Sanwo-Olu had earlier directed all government aides and party officers who are nursing political ambitions to resign for proper preparation towards achieving necessary victory at polls.

The developments have no doubt heated up the polity in the state over who gets what and will lose out. There have been series of clandestine moves to outstage and outsmart one another in the fight for Tinubu’s support who in turn is preoccupied with presidency race.

“The party leadership in Lagos is working seriously on the drawing board, per-mutating where the pendulum swings with the aim of not running foul of the guidelines as well as meeting up with the deadline set by the Independent National Electoral Commission, INEC.