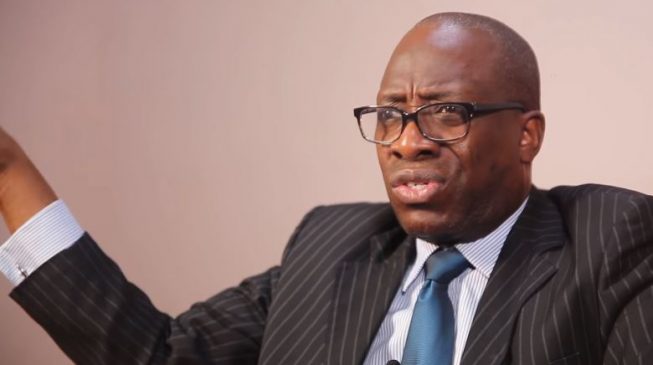 This is even as he said victory is at the door step with the ruling of the Court of Appeal on Monday.

Addressing newsmen in Abuja, Wednesday, Showunmi said it was necessary to clarify issues, considering the barrage of calls and deep interest of the public in the matter, noting that he was humbled by the number of Nigerians that were interested in the case.

He said: “When the party declared open the sale of forms, it meant anybody who wanted to contest for any position including the Presidency, should start buying forms. My colleague, Hon. Ladi Adebutu purchased his forms on the very first day. Ironically, upon buying his forms, Hon. Adebutu went to the media, saying that the Executive Committee, EXCOs, of the Peoples Democratic Party bought the forms for him.

“I reasoned that if we were to go into a contest that requires us to get adhoc delegates from the Excos in the wards, and follow the rules that will lead to getting the delegates that will put together an electoral college that will elect the party’s candidate, I felt that the constitution of the PDP had been compromised and broken because the fact that they bought a form for a particular candidate showed that there is a bias, and that they have been compromised.

“Secondly, the Oath of Office of the EXCO which includes that they will be free, fair and just to all and sundry had also been compromised. The Constitution of the Federal Republic of Nigeria had also been breached relative to how political parties are to organize themselves.

He continued: “I gave a number of sound and progressive advice, and explained that if they failed to do the needful, I would have no alternative but to seek redress in court.

“Because of their penchant to disregard everything that other people in other civilizations will treat as serious, I wrote the letter in the court and gave them a proof of service from the Federal High Court, Abuja.”

He said the Court of Appeal had been very thorough in its judgement and had given him victory in that first step, adding that every Nigerian must be able to exercise his/her legal rights within the law.

The Court of Appeal in a judgement delivered by Chidi Nwaoma Uwa, on Monday, found Showunmi’s appeal meritorious, with regard to two issues he raised in the suit against PDP and two others.