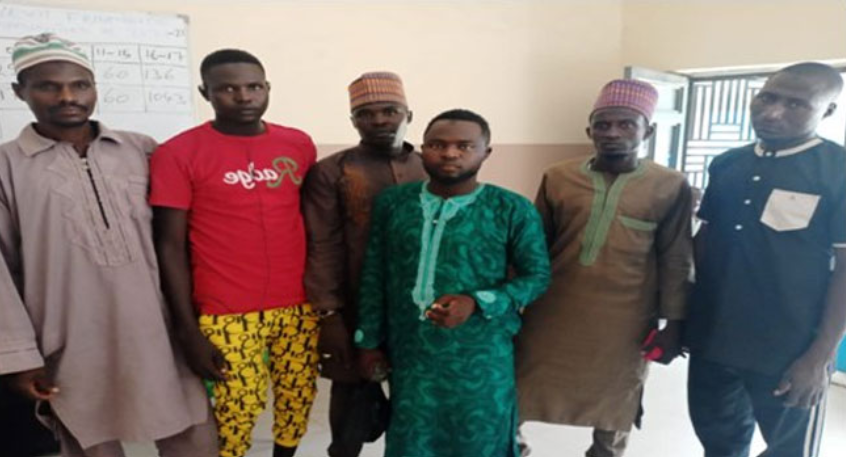 Troops of HADIN KAI have continued to take the battle to Boko Haram Terrorists/Islamic State of West Africa Province enclaves with more coordinated operations leading to the surrendering of six top terrorists Commanders.

Spokesman for the Defence Headquarters, Maj-Gen Bernard Onyeuko,  disclosed this Thursday at the bi-weekly briefing in Abuja.

According to him, the terrorists leaders surrendered to the troops in Gwoza on Wednesday, July 13.

“It is pertinent to note that since the surrendering of terrorists to own troops the high calibre of Commanders surrendered at this time is unprecedented among them a WALI (Governor) and KAID (a 3 star Commander).

Furthermore, the military spokesman noted that in the theatre, troops neutralized several Boko Haram/Islamic State of West African Province terrorists with in the period under review at different encounters at Gamage village in Dikwa Local Government Area, Dikwa – Gambora Ngala road, Pulka – Gwale road in Borno State among others. Several terrorists logistics suppliers/collaborators were arrested with various items at various logistics towns within the theatre. Among them were two women namely; Hauwa Gambo and Khadija Dirsa.

In a related development, on 11 July 2022, the Air Component of Operation HADIN KAI conducted air interdiction operation at Tumbum Jaki and Tumbum Murhu near Lake Chad in Borno State on the receipt of intelligent report on the activities of the insurgents in the general area.

General Onyeuko said the successful airstrike neutralized several Boko Haram Terrorists and destroyed their hideout. Accordingly, information received from locals indicate that over 21 terrorists were neutralized in the airstrike.

The military spokesman said all surrendered Boko Haram/Islamic State of West Africa Province terrorists and their families were profiled and documented while all recovered items and apprehended suspected terrorists were handed over to the appropriate authority for further action.