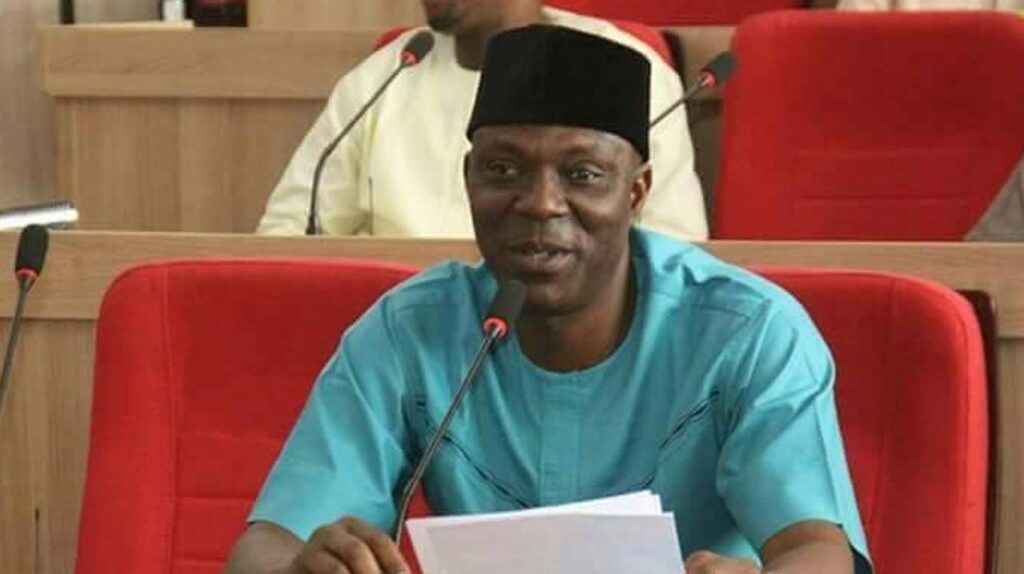 “My rumoured removal or impeachment doing the rounds is but concocted lies and handiwork of some idle and frustrated legislators.”

The speaker of the Kogi House of Assembly, Matthew Kolawole, says he is still in charge of the parliament, claiming his purported impeachment was carried out by frustrated lawmakers via a press statement.
Nigerian Millionaire Mom Exposes How to Become Rich Without Leaving Home

“My rumoured removal or impeachment doing the rounds is but concocted lies and handiwork of some idle and frustrated legislators,” Mr Kolawale said in a statement.

A statement had earlier been issued on Friday, claiming that 19 members of the assembly had impeached the speaker for alleged financial misappropriation and money laundering.

But the speaker described it as “sheer handiwork of some frustrated lawmakers…when the purported impeachment took place besides only appearing in a press statement.”

He added, “Ordinarily I wouldn’t have reacted to the lies but I think it’s necessary l put the records straight for the general public to know.”

The embattled speaker explained that the assembly, which went on recess on April 6, held an emergency sitting on June 17, when four principal officers, including the deputy speaker, Ahmed Ahmed, were impeached and three others suspended.

“Unfortunately the very people, whom the mischievous statement claimed impeached me, were the same legislators with me in the House on Friday, June 17 that appended their signatures and affirmed the impeachment of the principal officers through vote voice,” noted Mr Kolawole. “I believe their signatures were forged. It was because of similar offence that the principal officers were impeached and suspended for gross misconduct, including blackmailing members of the House on social media against the rules and ethics of the assembly.”

Mr Kolawole argued that the impeachment of any legislator could not be done outside the parliament.

“The question now is, how and when did it take place? Who has the power to open the House when the House is on recess or break? According to the house rules, only the speaker has the power to convene a sitting once the house is in recess,” the embattled speaker pointed out. “We had the Sallah break, combined with an election break for all of us to handle our elections during party primaries, so how, where and when did they impeach me?”