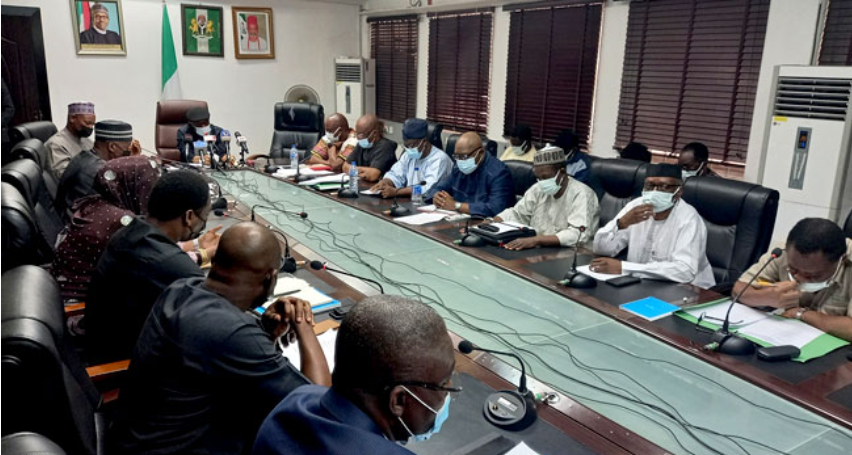 The National Association of Aircraft Pilots and Engineers (NAAPE) has criticised the Federal Government over its handling of the crises in the nation’s educational sector.

In a statement on Monday by its Deputy General Secretary, Umoh Ofonime, NAAPE expressed worry over the impasse between the government and the Academic Staff Union of Universities (ASUU) which has grounded academic activities in public universities across the country.

ASUU had commenced a nationwide strike on February 14 over the adoption of the Integrated Personnel Payroll Information System (IPPIS) of the government as the payment system in the university sector.

Members had also decried the poor funding of universities, non-payment of salaries and allowances of some of their colleagues, as well as the inability of the government to pay earned academic allowance to lecturers, among other issues.

Since the industrial action began, several negotiations between the union and the government have ended in deadlock.

NAAPE, in its reaction, believes the government’s refusal to honour the agreement signed with ASUU for over a decade is disturbing, considering the negative impact the prolonged strike will create on students’ lives.

As a result, it declared its support for the leadership of the Nigeria Labour Congress (NLC) to commence a nationwide protest on Tuesday and Wednesday next week in solidarity with the trade unions in the public universities and others.

NAAPE, therefore, directed its branch chairmen and secretaries in all 36 states and the Federal Capital Territory (FCT) to encourage members to participate in the solidarity demonstration.

Worried by the lingering crises in the tertiary education sector, the NLC had announced plans to commence a two-day nationwide protest in solidarity with the striking members of unions in the public universities.

The announcement was contained in a circular dated July 15, 2022, and addressed to the chairpersons and secretaries of its state councils.

It directed that the protests should take off from NLC secretariats in the states, while that of Abuja should commence from the Labour House in the nation’s capital.

Read the full statement by NAAPE below:

The National Association of Aircraft Pilots and Engineers (NAAPE) has observed with regret how the Federal Government of Nigeria is treating the crises in the educational sector of the country whereby due to strikes, teaming Nigerian students have remained at home for over four (4) months.

The refusal of the Federal Government to honour the agreement signed with the union since 2009 is very disturbing considering the negative impact the prolonged strike will create in the life of these children.

NAAPE, therefore, completely support the position of the National Executive Council of the Nigeria Labour Congress (NLC) to embark on a nationwide protest on July 26 and 27, 2022 in solidarity with the trade unions in the Nigeria Public Universities and others.

By this, the National Administrative Council have directed all branch chairmen/secretaries are requested to disseminate this information to all the members in their various branches to participate in the solidarity protest in their various states as follows:

Venue: All the states’ capitals of the federation and Abuja the federal capital