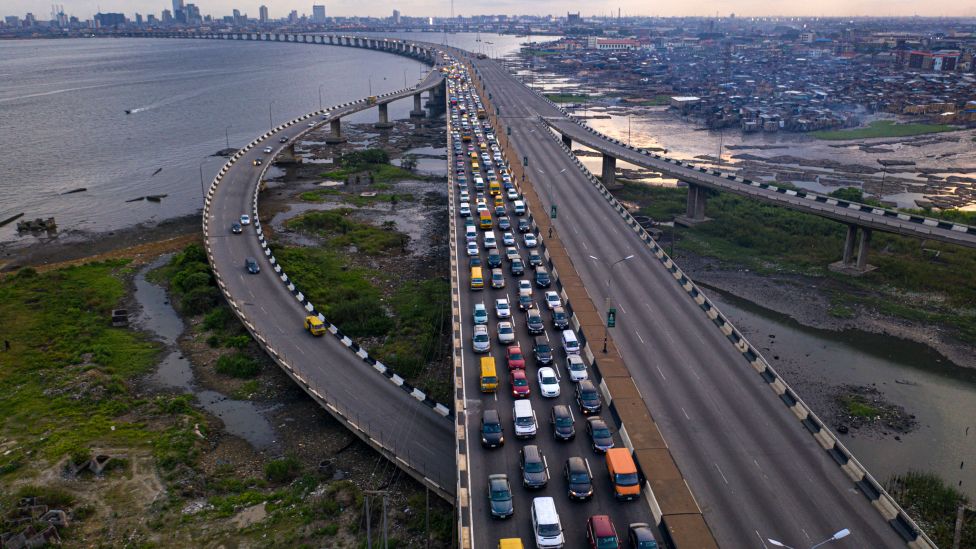 Before the intervention of the state government to rehabilitate the identified failed and peeled asphaltic sections of the 11.8 kilometre-long bridge, it was discovered that some sections were riddled with potholes on both sides of it.

Vanguard’s visit to the bridge revealed that large potholes could be spotted at several portions on both sides of the bridge, while there were openings on the expansion joints.

In a moving vehicle, you could see the lagoon water through openings on the expansion joints.

Reacting to the situation, Director of Highways, Bridges and Design, Federal of Works and Housing, Engr. Oluropo Oyetade, said: “Following Vanguard’s observation on the bridge, I have asked the Controller of Works to assess the bridge and send me the report. I cannot say anything for now until I have the report. I promise to call you for my comment when I have the assessment report”.

Recall that sometime last year, former National Publicity Secretary of the Action Democratic Party, ADP, Prince Adelaja Adeoye, had called on the Minister of Works, Babatunde Raji Fashola, to fix the potholes on the Third Mainland bridge in Lagos.

Speaking with newsmen in Lagos, Adeoye said while the federal government was working on the strength and thrust of the bridge to avert disaster, which had been due for maintenance long ago, the bridge should have been resurfaced so that the work was done once and for all .