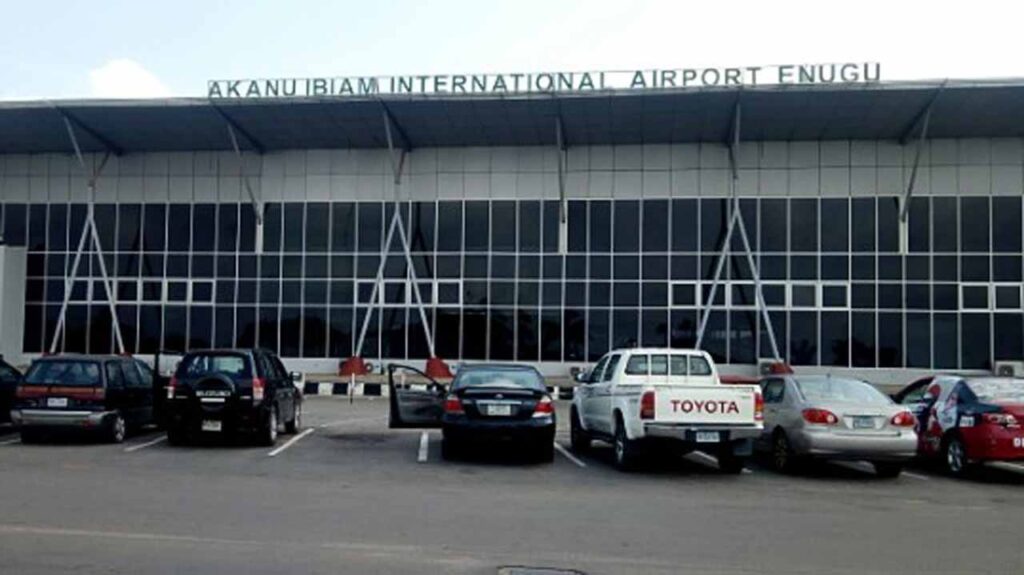 The management of Ethiopian Airlines has called on South Easterners to make use of the Akanu-Ibiam International Airport, Enugu, for overseas travel, instead of going to Lagos or Abuja to board flights.

Speaking to journalists briefly after moving around the major streets of Enugu metropolis to create awareness and sensitise the public, the Traffic and Sales Manager of the company, Henok Sirak, said that there is a flat rate for international flight tickets for Enugu, Abuja, and Lagos airports.

He said the awareness was to increase the number of international passengers from Enugu Terminal.

“We organised this awareness to meet our target in Enugu. Since it was made an international airport, we have been flying three times a week but we are going to fly four times a week — Wednesdays, Fridays, Saturdays, and Sundays.

“People of Enugu, Anambra, Ebonyi, Port-Harcourt, Imo, and Abia can now fly and cargo their import and export from Akanu-Ibiam International Airport, Enugu to over 125 destinations and routes in over five continents including, Asia, Africa, South America, North America, and Europe. We give full-fledged passenger-cargo service.

“We have the same price for flights leaving from Lagos, Abuja, and Enugu. So, the passenger traveling from Enugu don’t need to bother traveling to Abuja and Lagos since the price is the same. That’s the advantage we give to the people of the South East and Port-Harcourt. We have adjusted the price so that passengers can get the benefits of using Enugu airport.

“Finally, I am appealing to all the South Easterners traveling to use Ethiopian Airlines and fly from Enugu to any part of the world. We are operating with a modern aircraft. we are currently using Boeing 707.”