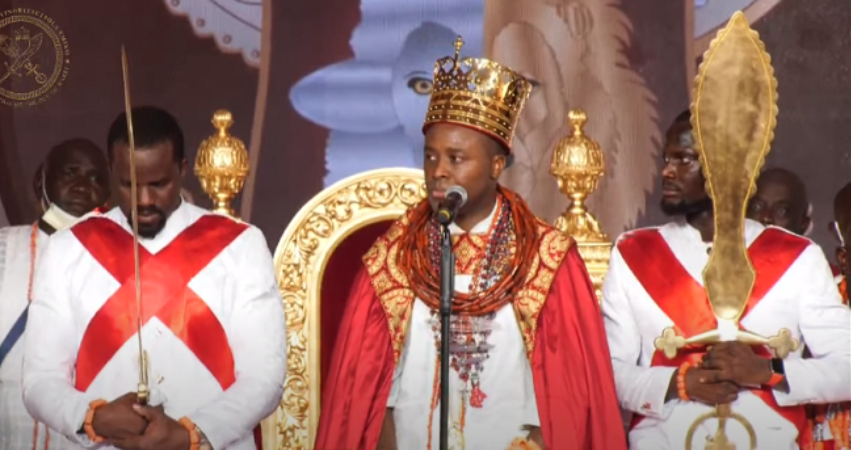 The Olu of Warri, Ogiame Atuwatse III has lamented over the level of youth unemployment in the country, saying it is worse than a time bomb waiting to explode.

The monarch, who was a guest on Channels Television’s current affairs programme, Newsnight which was teased on Sunday, linked youth unemployment to the current security challenges bedeviling Africa’s most populous nation.

“I don’t even know if calling it a ticking time bomb is appropriate anymore because it is getting so close,” the monarch stated.

“It is just simple logic. While it is not a situation that is unique to Nigeria, we have to embrace any and every creative measure once again within the legal framework that engages these young men and women.”

He called on leaders to guide young Nigerians, warning that if steps are not taken to tackle the rising unemployment among youths, the unemployment rate could hit 40%.

On the worsening insecurity in the country, the Olu asked the Federal Government to carry the traditional institutions along.

According to him, traditional rulers are put in place for the overall good of Nigeria and the masses.

The Olu explained that there was a time Nigeria’s constitution recognised the roles of traditional rulers within their respective domains.

“I think a lot has to be considered with an open mind, we have a constitution as it is. A lot will argue that it is flawed and certain things were omitted, but that is fine.

“But those who put it together put it together with the best they had available to them. I believe constitutions should be living and breathing documents. With time, when it glaring to all without a shadow of a doubt that changes need to be made, I think everybody should come together and say how can we make a change that improves on what previously existed.

“There was once a constitution that officially recognised our role as traditional rulers. I think it is gradually going back in that direction. It is being considered and I will encourage that,” he added.