ADC – Our Party Can Eliminate Nigeria’s Economic Hardship And Insecurity 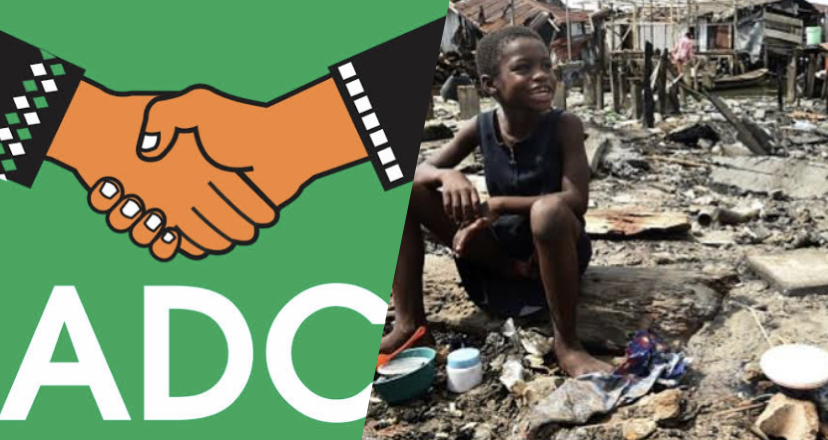 “Nigeria is better off with a political party that has the answer, and ADC is that party,” Ms Oboh declared.

The Action Democratic Congress (ADC) says it is the only political party that can save Nigerians from worsening insecurity, including economic hardship.The party said this in a communiqué issued at the end of its board of trustees (BoT), National Working Committee (NWC) and eminent elders retreat on Saturday in Abuja.

The communiqué, read by Mabel Oboh, ADC Diversity and Inclusion Secretary, said the retreat reviewed the state of the nation. She said this included the ongoing Academic Staff Union of Universities (ASUU) strike, insecurity, foreign exchange troubles, the economy and poverty level in the country.

“It was resolved that the party remained focused and will not allow any form of distractions while focusing on offering solutions and strategic pathways to ADC’s victory nationwide in 2023. Everyone is now affected by skyrocketing inflation and an unstable economy, and a declining healthcare system. Insecurity has now become a central stronghold for everyone, whether rich or poor,” stated the ADC statement.

It added, “We no longer feel safe whether we travelled by road, train or air from kidnappers, unknown gunmen, bandits and herdsmen attacks. We, therefore, use this retreat as a call to action for all Nigerians to join us on this rescue mission project.”

According to the communique, all Nigerians must work in unity to deliver the country from the hands of the few hell-bent on impoverishing the “unborn generations.”

Ms Oboh added that with the bold moves the ADC had been making, including diverse consultations across the board, it was convinced that it had tested solutions for the country’s leadership problem.

“Nigeria is better off with a political party that has the answer, and ADC is that party,” Ms Oboh declared. “Work is in an advanced state to make this a reality. These are meant to effectively communicate our global perspective and strategic vision of building a superpower economic Nigeria.”