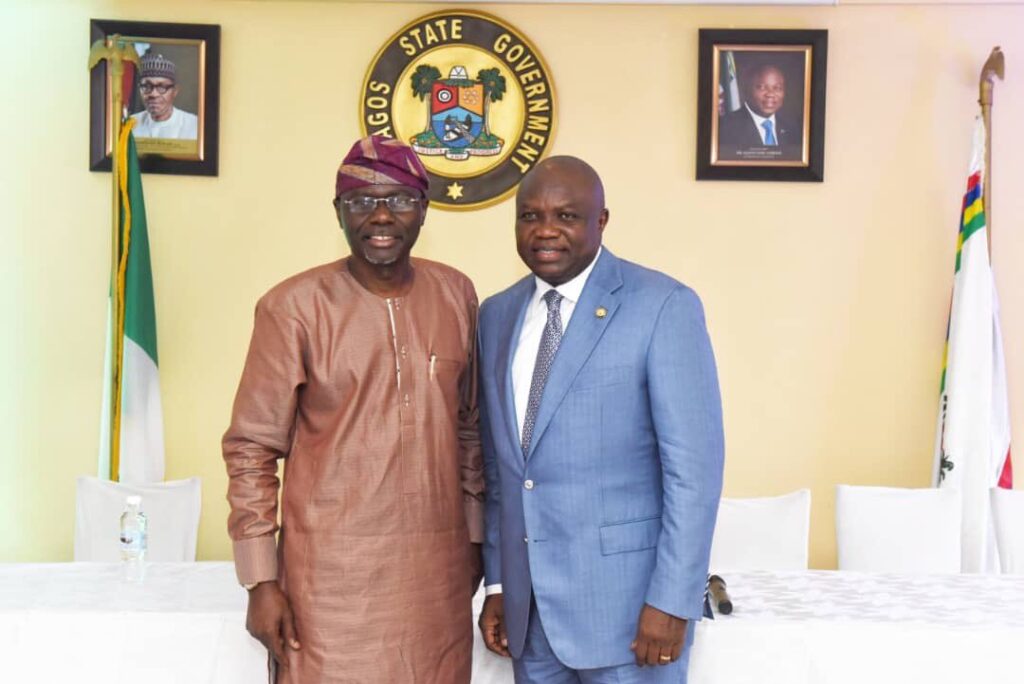 The group also said there are plans to send Sanwo-Olu out of office in 2023.

The chairman of AMCO and former Commissioner for Energy and Mineral resources, Wale Oluwo, made this known during a radio programme, CityTalks with Reuben Abati.

He explained that Ambode has been working “silently” to put structures in place that would displace the leadership of Sanwo-Olu in Lagos State in 2023. This is coming about a week after the Governor’s Advisory Council, GAC, reportedly endorsed Sanwo-Olu for the second term in office.

The former governor’s group leader faulted GAC for endorsing Sanwo-Olu, saying the position of GAC is not a reflection of Lagos APC members.

“GAC doesn’t have such powers. Ambode did well. AMCO candidates will pick the nomination forms next week. We want to be the driver of that change in Lagos,” he said.

According to him, though they are in support of Ambode, he may not emerge as the group’s candidate.

Oluwo said, “Ambode is seriously interested in what happens in Lagos in 2023 and that “interest aligns with the expectation of the people. We will lead people to their expectations.”

On how Ambode would displace Sanwo-Olu despite being silent for almost four years, Oluwo said, “Ambode might have been silent but he is very effective in organising AMCO and his people. The result of that will be seen very soon.

“You don’t need a federal appointment to fight for your space in your state. You just need the right strategy and funding. AMCO is not bereft of that. AMCO is a major group in APC, we will participate in the election and be victorious by the grace of God.

“We are back to implement the change we desired in 2019. Our people have been collecting the nomination forms. Making noise about the forms collected doesn’t add any value to your form. We will collect governorship form next week.”

Oluwo also noted that Bola Tinubu is not his preferred presidential aspirant.

When asked what could be Ambode’s game plan after failing to win the party’s ticket in 2018, he replied, “We cannot compare 2019 with 2023, they are not the same. This is because the national leadership of the party we had in 2019 is not the same that we have in 2022.”

He claimed that a study had been conducted and the outcome showed Lagosians are not getting dividends of democracy under the present administration compared to what was obtainable during Ambode’s administration in the state.

He noted that Ambode would be guided by a suggestion that he (Ambode) should “communicate more with the people when we return to power”.

When asked if Ambode would pick the governorship form and challenge Sanwo-Olu, the AMCO leader laughed and said, “We don’t anoint. We practise internal democracy within AMCO itself. We are participating at every level of the election. The group will determine who will be its candidate and he will go and contest in the primary. It could be any person.”

Responding to how AMCO would displace GAC’s candidate, Oluwo said, “We have the structure. Those structures are populated by our people. Our approach is not that of godfatherism. We are taking power back to the people and the youths. Our philosophy and direction are clear.

“Our strategy is not to join PDP. We are within the APC. Our interest is to contest the primary of the party and get the governorship and other tickets. APC will win Lagos and that will be the APC of Ambode campaign organisation.”

Asked what structure AMCO has within APC to upstage the current administration, he replied, “APC structure in Lagos State is incomplete and that’s why no ward executive has been sworn in. Only the Lagos APC chairman has been sworn in in Abuja. The implication is that a new list will come out that will harmonise all the tendencies within the party.”

AMCO started in 2014 and played a major role in ensuring the success of Ambode as the Governor of Lagos State.