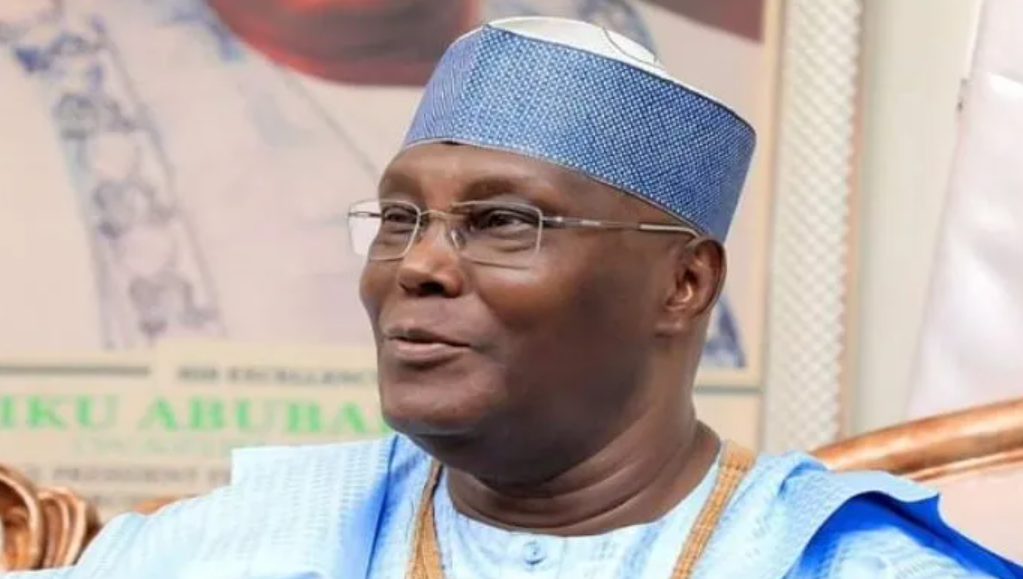 The meeting had in attendance notable figures of the PDP including the Borno governorship candidate, Mohammed Jajari.

Other top names at the meeting include Southern Borno leader, Mr Nicholas Msheliza, and Alhaji Idris Durkwa, who recently defected from the ruling All Progressives Congress, APC, to the PDP.

Msheliza, who chaired the meeting, is a member of the National Executive Committee, NEC, of the PDP.

The meeting was convened at the instance of Durkwa to fraternize and strategize on how to deliver the party’s presidential candidate, Alhaji Atiku Abubakar, and all those vying for political positions on the platform of the party in the 2023 general elections.

Durkwa was a gubernatorial aspirant on the platform of the APC in the 2018 primary election that produced Governor Babagana Zulum as candidate in Borno and finished second position.

But before his defection to the PDP, he had also aspired for the Southern Borno senatorial ticket on the platform of the APC but edged out in an exercise alleged not only riddled with malpractices but also an imposition in favour of incumbent Senator Mohammed Ali Ndume.

Also at the meeting was a former member of Borno State House of Assembly, Hon Fali Wabilari, who represented Askira-Uba Constituency. He also recently defected from the APC to the PDP.

Sunday Vanguard reliably gathered that the purpose of the meeting was to officially welcome new members into the party and inspire the spirit of change in a manner that PDP wins all elective positions come 2023.

Central to the discussion was how to position Atiku, Jajari, all the senatorial candidates in Gombe and Borno, House of Representatives and House of Assembly flag bearers for victory ahead of the forthcoming general elections.

While declaring the meeting open, Msheliza expressed delight for having Durkwa and his teeming supporters into the unstoppable ship of the PDP.

According to the PDP NEC member, the coming of Durkwa, Wabilari and host of others was a sign of good things that would happen not only to the people of Southern Borno but also the entire Borno and the country as a whole in 2023.

He assured that the PDP will work assiduously to ensure victory for its candidates at all levels, even as he urged all those who are yet to obtain their Permanent Voter’s Card (PVC) to immediately do so.

In his remarks, Borno PDP Chairman, Hon Zannah Gadama, who was invited to witness the meeting, but was represented by the State Organizing Secretary, Umar Bello, welcomed all new members and promised that the party will carry everybody along in discharging its responsibilities without discrimination.

According to him, the time has come for all members of the PDP to unite for a common front to take over the mantle of leadership at the national, state and local government levels because average Nigerians are disenchanted with the APC that has through its anti-people economic policies inflicted hardship on the masses.

He said with the coming of political heavyweights like Durkwa and his teeming supporters into the PDP, the party has a better chance to win all elective positions at the local, state and national levels come 2023.

The Chairman claimed that the many years of APC rule in Borno has inflicted untold hardship on the people.

Durkwa, who was the convener of the meeting, delivered a thought-provoking speech at the gathering.

He noted that APC’s poor governance is manifest in widespread poverty, insecurity, poor electricity supply, scarcity of petroleum products and insecurity in the country.

“We in Borno are the worst-hit victims of the APC misrule because it has been a one-party system where they chose to deal with our people in a bad light”, he said.

“Therefore, a time has come for us to put our house in order and make our people proud come 2023 by ensuring that our presidential candidate, Alhaji Atiku Abubakar, our gubernatorial candidate in Borno, Mohammed Jajari, and all other PDP flag bearers come out victorious.”

Durkwa restated that the reason for his defection from the APC was injustice that characterized his former party. He said lack of respect and non-compliance with the 2022 Electoral Act Provisions by the powers-that-be in Borno State APC against the clamour for positive change, necessitated his defection.

Durkwa equally cited that the political narratives in Southern Borno which, according to him, need urgent change for the people of the senatorial district to feel the dividends of democracy at the centre.

“As a democrat, the time has come for me and my teeming supporters to join forces with the major opposition party (PDP) which is determined to wrest power come 2023, especially in Southern Borno Senatorial District”, he said.

“The majority of our people in the constituency are glaringly clamoring for change, because of the poor representation by their lawmakers in the National Assembly in the past decade, and that is what informed my decision to join the united front.

“I have formally come to pay my respect to the PDP which is the only opposition party to beat come 2023 general elections.

“I didn’t join the PDP alone, but I moved in with all my teeming supporters across the 27 local government areas of Borno state, and I urge all of us to remain united for a common goal of rescuing our people from the APC misrule.

“I am here with my teeming supporters. We will work together and contribute in our maximum way to ensure that our presidential candidate, a former Vice President of Nigeria (GCON), Alhaji Atiku Abubakar, and indeed all our candidates vying for various political positions on the platform of our great party win with unprecedented victory come 2023.

“I want to use this opportunity to thank all my teeming supporters who have also joined the promising and the unstoppable train, in continuation of our unflinching/maximum support and cooperation to ensure we all reach the promised land”.

Few days after the meeting, the candidate for House of Assembly representing Biu State Constituency, Hon Aliyu Mamman Kachallah, popularly known as Opanka, stormed Biu and was received by tumultuous supporters from both ruling APC and PDP.  Biu is the town of the current Deputy Governor, Alhaji Umar Kadafur.

Opanka, a grassroots politician, was a House of Assembly aspirant on the platform of the APC, but was shortchange during the primary that favoured the incumbent, Hon Yakubu Kimba, due to imposition factor, after which he (Opanka) also defected to the PDP.