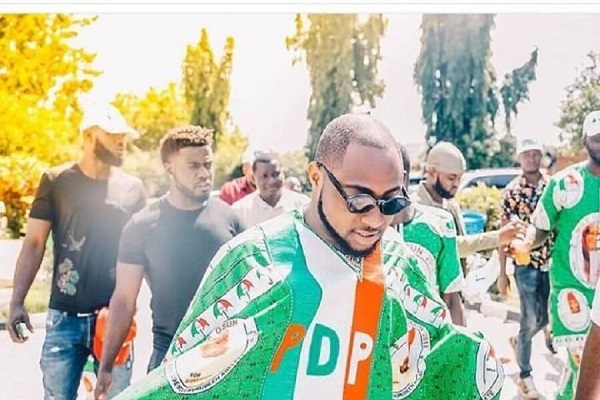 Recall that Adeleke was declared winner of the Osun State governorship election after he garnered the highest vote to beat his major contender, Governor Gboyega Oyetola who polled 375,027 and Action Democratic Party (ADP) Kehinde Atanda as the second runner-up.

Davido had on Tuesday via a Twitter post raised the alarm that 48 hours after the election, INEC was yet to issue a Certificate of Return to his uncle, warning that no illegal act should be done against the will of Osun people who came out massively to vote for his uncle.

However, Wednesday, INEC presented the certificate to Adeleke who was the governorship candidate of the Peoples Democratic Party, PDP.

Davido again, took to his Twitter page to express his gratitude to God, saying that the struggle for victory was a long battle.

He said, ”It’s been a long battle fought !! We put our family name on the line, I put my career on the line but we had faith.

”This was God testing us if we really believed in him. I feel victorious! Congrats! Your excellency @AAdeleke_01. As for me, it’s back to the studio.”