I Have No Intention To Dump PDP – Abaribe 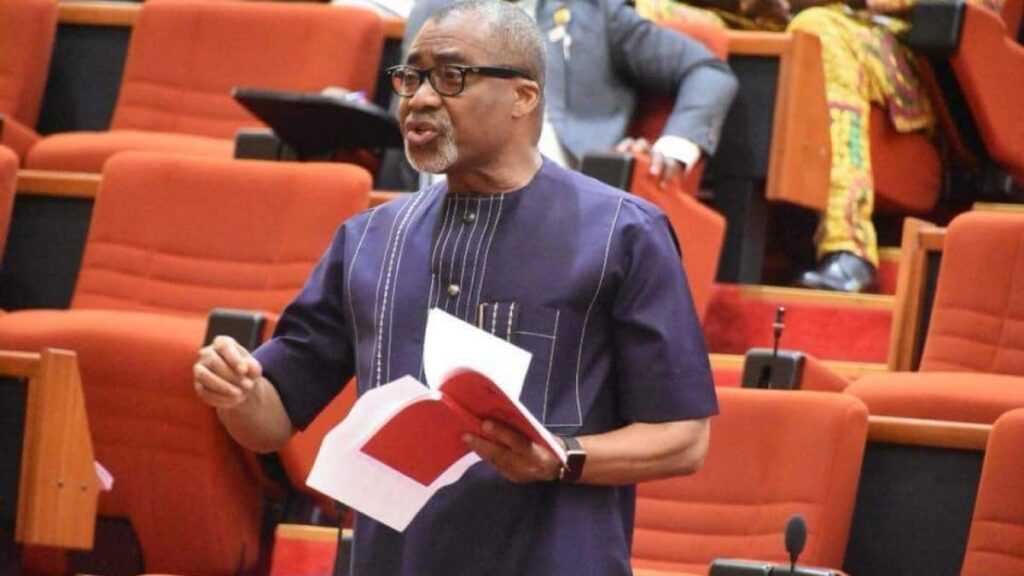 The former Deputy Governor told Vanguard in an exclusive chat that there was no iota of truth in the said rumour.

Abaribe who expressed optimism in clinching the PDP governorship ticket, said dumping the big umbrella was never an option.

Senator Abaribe who spoke through his Media Aide, Uchenna Awom, said he never ever contemplated defecting to another party.

He was reacting to media reports that he had perfected arrangements to defect to the All Progressive Grand Alliance, APGA, where he allegedly intends to contest for the senatorial seat of Abia South against Gov. Okezie Ikpeazu of the PDP.

Abaribe dismissed the said report as the handiwork of his detractors, insisting that there is no going back in his aspiration to govern the state come 2023.

” Senator Abaribe is a frontline governorship aspirant of the PDP. It has never crossed his mind to leave the PDP. Anyone insinuating such is a detractor and should be ignored”.