‘I Have No Regrets,’ Osinbajo’s Top Campaigner Congratulates Tinubu 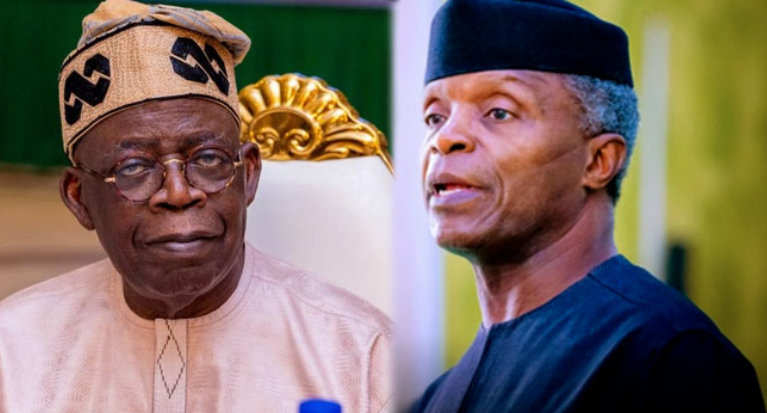 A top campaigner for Vice President Yemi Osinbajo, Richard Akinnola, has congratulated Mr Bola Tinubu on his ‘expected victory in the presidential primary of the All Progressives Congress (APC).

Akinnola, a lawyer and journalist, extended his wishes to the APC chieftain on Wednesday in a statement posted on his Facebook page.

“Congratulations, Asiwaju Tinubu, the presumed winner of the primaries,” he said in the statement. “In any contest, there must be a winner.

“However, I’m very proud of my choice of support in the person of Professor Yemi Osinbajo. I have no iota of regret over my support for him. It was a privilege to play a pivotal role for him during the process. I would gladly do it over and over again.”

The congratulatory message comes amid the sorting of votes cast by party delegates at the primary which began on Tuesday and ran through the second day.

Although organisers had yet to announce the winner of the contest for the APC presidential ticket at the time the statement was issued, data collated so far suggested that Tinubu, a former Lagos State governor, had taken the lead.

Despite the presumed victory of the former governor, Akinnola stressed that he was proud to have supported the Vice President in his bid to emerge as the APC presidential flagbearer.

“It’s a matter of conviction, and for all our supporters and other volunteers who worked assiduously, day and night on the PYO project, God bless you all. I’m so proud of all of you,” he said. “As l often say, God rules in the affairs of men and He has a purpose for what just happened.

“Understandably, many of you are dispirited and downcast but do not let your heart be troubled. There must be a reason God allowed this. It may not be manifest to us now but later as He is all knowing. I’m unfazed, unbowed, and very proud of PYO.”