Ifeany Okowa Laments – ‘Peter Obi’s Experience Is Shallow, Youths Should Not Vote Him’ 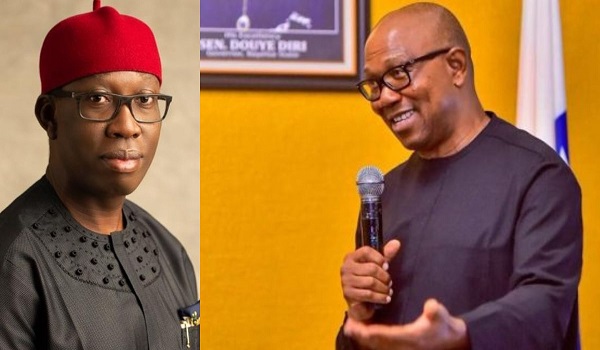 He described Mr Obi’s experience as a former governor of Anambra State as “not deep” enough to tackle the issues confronting Nigeria today.

He described Mr Obi’s experience as a former governor of Anambra State as “not deep” enough to tackle the issues confronting Nigeria today.

The Delta governor disclosed this in an interview with BBC Pidgin, rating Atiku Abubakar, PDP’s presidential candidate, as the most qualified among candidates vying for the top job in the forthcoming 2023 presidential election.

Mr Okowa further said Mr Obi is not a new candidate as portrayed to Nigeria because he has been member PDP and All Progressives Grand Alliance before now. He appealed to Nigerian youth, who are the major drivers of the Peter Obi presidential project, not to vote for him.

“Some of us are still here. At every party, there are good people and bad people. But today’s Nigeria is very troubled and we need the right person.

“That is why I am appealing to our youths be wise and vote well. They should not vote because they want something new. They should not repeat what they did against former President Goodluck Jonathan in 2015,” Mr Okowa said.

Percieved as a better alternative to other candidates among young Nigerians, Mr Obi has garnered much acceptance among youths who dud themselves “Obidient” followers on social media.

Mr Obi had said he is “going into this contest to be the next President of Nigeria,” adding that he would not align with his Mr Atiku under any circumstance.

Mr Obi will fight next year election against experienced politicians like Atiku Abubakar of the Peoples Democratic Party and former Lagos governor Bola Tinubu of the ruling APC.