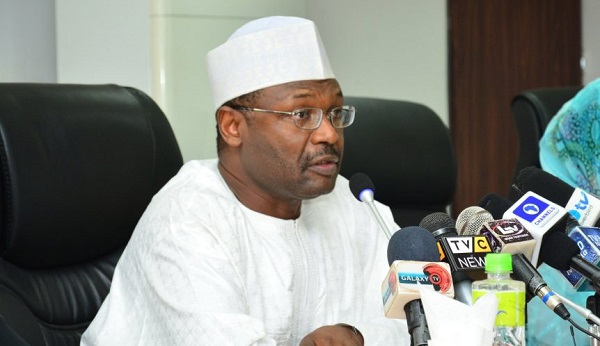 The Independent National Electoral Commission (INEC) on Tuesday launched its revised Gender Policy 2021-2026, as part of its commitment towards electoral inclusivity.

The Independent National Electoral Commission (INEC) on Tuesday launched its revised Gender Policy 2021-2026, as part of its commitment towards electoral inclusivity.The INEC Gender Policy, first developed in 2014, guided by the National Gender Policy (2006) and other Regional and International Instruments to which Nigeria is a signatory, has a provision for review every five years.

INEC chairman Mahmood Yakubu speaking at the public presentation event in Abuja, supported by the International Foundation for Electoral Systems (IFES), described the document as a milestone achievement.

Mr Yakubu said the policy would strengthen the commission’s capacity to engage stakeholders to take on broad gender-sensitive issues in their mainstream operational and electoral plans and actions.

He explained that the revised policy would further boost the commission’s electoral inclusiveness and said the reversed policy was another successful outcome of intensive and extensive engagements with INEC stakeholders, including political parties, MDAs, development partners, gender-focused CSOs and other leading gender experts.

Harping on the premium placed on gender mainstreaming and deliberate steps taken to work the talk, Mr Yakubu recalled that the commission in March 2021, created the Gender and Inclusivity Department.

“Strategically put, with a Gender and Inclusivity Department established and a revised policy tool for intervention put in place for another five years, show the commission’s unrelenting commitment on electoral inclusion,” stated the INEC chair. “This policy outlook for seamless interface on gender sensitive issues on the electoral process in the country could not have been more reassuring, even as the nation is gearing towards another general elections and off-season elections.”

He commended IFES for providing technical support in the development of the policy and its subsequent review, saying other strategic interventions over the years have enriched and stabilised Nigeria’s systems of elections and infrastructure.

INEC commissioner, and legal drafting and litigation committee chairwoman May Agbamuche-Mbu described the policy as a living document.

Ms Agbamuche-Mbu disclosed that the policy was expected to foster gender balance in the commission and to stimulate stakeholders in the electoral process to do the same.

“It was revised to codify the commission’s gender sensitive actions for sustainable implementation. The public presentation of the revised INEC Gender Policy is an attestation by the commission to the fact that its structure and operations at all layers, both internally and in its service delivery will progressively improve,” said Ms Agbamuche-Mbu. “This is with regards to gender-responsiveness in line with global best practices.”