Obi, Kwankwaso Yet To Decide On Presidential Candidate And Running Mate 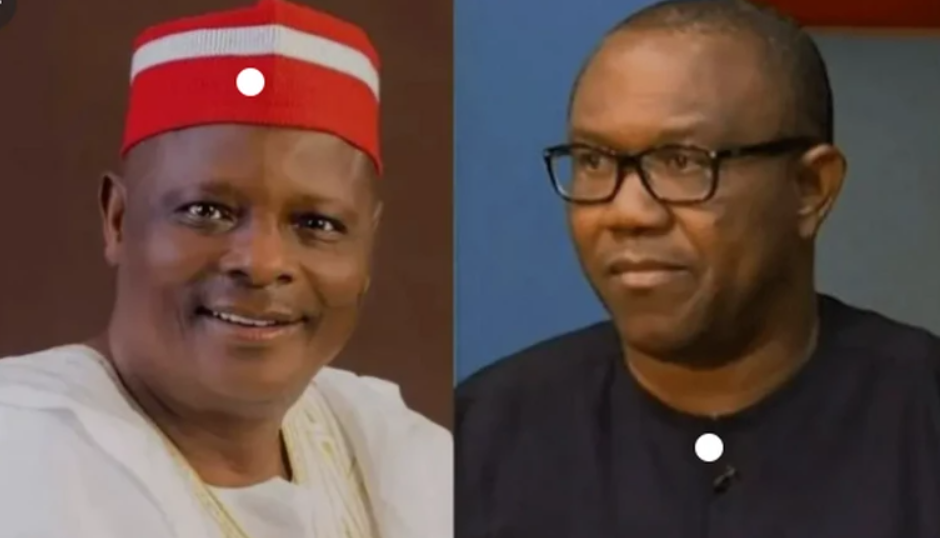 The camps of the two candidates maintained that talks for a coalition was progressing smoothly.

This is as the joint panel set up to work out an alliance between the two candidates submitted its report for consideration.

Kwankwaso, a former Kano State governor, who is believed to command a formidable followership in the North with his Kwankwasiyya movement, is planning to join forces with Obi, a former Anambra state governor whose popularity among the youths in the southern part of the country and the social media continues to spread.

The NNPP candidate had confirmed in an interview about a week ago that a committee was set up to work out an alliance and that conversation was ongoing.

He said, “We are in talks with Peter Obi and a committee is working to look into how to form a merger between us.

“The merger is important because as you can see, both the ruling All Progressives Congress and the opposition Peoples Democratic Party did not pick their running mates from the South-East.”

With the general elections nine months away, political parties are prohibited from forming a merger, in line with Section 81 (2) of the Electoral Act. However, both presidential candidates are working to float a joint ticket with the hope of defeating the ruling All Progressives Congress (PDP), the opposition Peoples Democratic Party and others in the 2023 presidential election.

The Section 81 (2) reads, “Political parties intending to merge shall each give to the commission nine months’ notice of their intention to do so before a general election.”

As the deadline for the substitution of candidates and running mates for the presidential and National Assembly candidates draws near, there is a growing concern among the fanbase of the two candidates over the progress of the alliance talks

Talking to the Saturday PUNCH, the running mate to Obi and director-general of his campaign organisation, Dr Doyin Okupe, said that the panel had concluded its sitting and talks were ongoing on the way forward.

Okupe told the paper that, “A committee was set up before now and the committee has completed its work. There have been informal meetings and third party stakeholders interventions and we have had structured official meetings too.

“In all, we came to two agreements; one is that we are going to work together as political parties in order to achieve this change that we all desire. What we did not agree upon is who would be the president and who would be the vice-president. We didn’t agree on that. But we left it open.”

When asked who would become the candidate and running mate between Kwankwaso and Obi, Alkali said, “Senator Rabiu Kwankwaso is a seasoned politician and he knows the country very well. Certain decisions have to be taken at the appropriate time in a way and manner that would bring more strength and credibility to this journey.”

Asked if a decision had been reached on it, he said, “When we do, you will be among the first to know. No decision yet.”

Recall that Kwankwaso had denied report suggesting that he had agreed to run as Obi’s running mate.