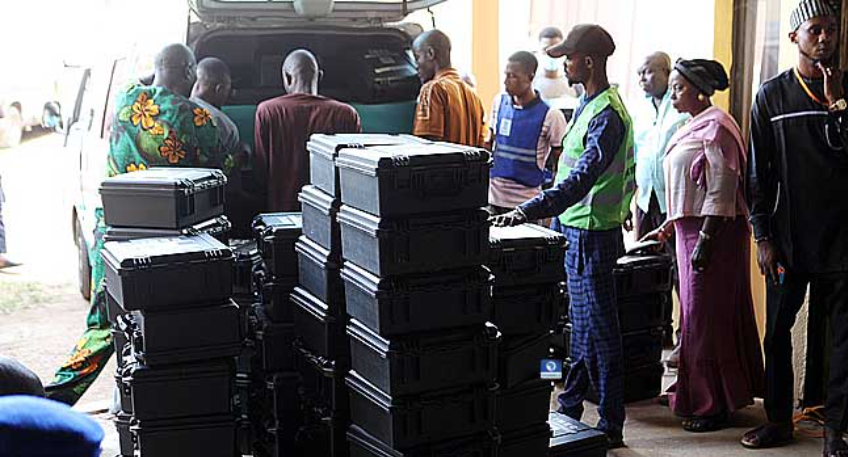 With the Osun governorship election barely 24 hours from now, the Independent National Electoral Commission (INEC) has commenced the distribution of sensitive materials to all the 30 local government areas of the state.

INEC officials moved the materials amid tight security on Thursday night at the commission’s headquarters located along Gbongan/Osogbo road.

While handing out the materials, the Osun State Resident Electoral Commissioner, Prof. Abdulganiy Raji said the electoral officers would take the items to their councils where they would be sent to the polling units on Saturday morning.

According to him, the move is to ensure efficient delivery of the items to the polling units on Saturday.

As part of their strategies to boost their chances in the polls, the dominant parties – the All Progressives Congress (APC), Labour Party (LP) and the Peoples Democratic Party (PDP) – both held their mega rally to woo the electorates to vote for them.

While former Deputy Speaker of the House of Representatives, Yusuff Lasun is the LP’s candidate, the PDP is fielding Senator Ademola Adeleke as its flagbearer with the incumbent Governor Gboyega Oyetola seeking re-election under the All Progressives Congress (APC).

Both men will slug it out on Saturday with the people of Osun State to decide who will govern them for the next four years.