Six Candidates Square Up In Governorship Debate In Ekiti 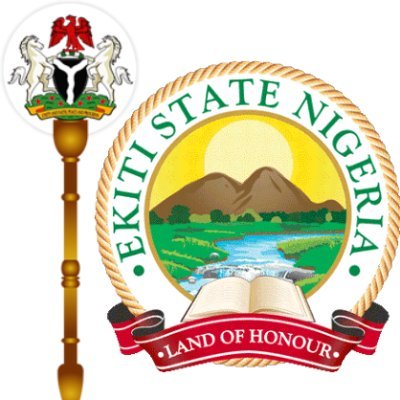 The Ekiti governorship election holds on July 19 and 16 candidates will be on the ballot.

Six governorship candidates in the race to succeed Governor Kayode Fayemi of Ekiti State came face to face in a debate about their plans and policies if elected into office.

The Ekiti governorship election holds on July 19 and 16 candidates will be on the ballot.

Mr Oni promised to focus his attention on job creation.

He said he will create 100,000 jobs in his first year in office if returned as governor of the state.

“In our first year, we must create at least 100,000 jobs. We will go into livestock and fisheries where we know there is a ready market,” he said.

Mr Oni said livestock and fisheries “can take in so much.”

“We had a fishery programme when I was governor before and it succeeded so much. For every entrepreneur we graduate, it is a minimum of five jobs for people who will work with them.”

When asked on how to achieve this feat, Mr Ajayi said having served as a former commissioner for budget, he understands the finances of Ekiti and the knowledge will be put to use.

“We will do everything possible to make our private sector vibrant and prosperous, so that tax revenue will increase.

“Bringing in investors as an actuary, as a global person, I have the capacity and profile to attract investors to Ekiti,” the ex-commissioner for Budget & Economic Planning said.

Speaking on how prompt payment of pension and gratuity will be ensured, Mr Ajayi said, “I am an Actuary. We actuaries, our expertise is in pension and I am the only one qualified professionally with education background and experience to deal with pension problems in Ekiti State.

“So the pensioners will do well with me as governor in Ekiti.”

The African Democratic Party candidate, Kemi Elebute-Halle, said she will prioritise security if elected governor of the state.

The sole female candidate in the election, Mrs Elebute-Halle, joined the debate after it had started.

“A supposedly protective officer detonated an explosive and this got over 100 people wounded. So I went to the hospital today and that was why I came late to this place.

“As governor, I have on my agenda to tackle security headlong.

“In our plan, we will tackle security by engaging the youths and sensitizing our security personnel.”

The candidate of the PDP, Bisi Kolawole, who was confronted with allegation that he might be a stooge, due to his alliance with the former governor of the state, Ayodele Fayose, said he has always been an independent-minded person.

He added that, “If seeking advice from experienced people makes you a stooge, then let it be.”

Also, the candidate of the ADC, Wole Oluyede, said he is in the contest to correct many wrongs in the state.

Mr Oluyede, a medical doctor, expressed worries on the economic situation of the state, particularly in the health sector.

“I am worried that the economy of Ekiti is really not going the way it should go. People are complaining, the health sector is not well, there is no productive economy, some salaries are owed, pensioners have not been paid.

“As a people, we are not catching up in our educational programme.

“All these needs to be addressed. We must draw investors to Ekiti, that is why we are here. This is my personal interest because if we didn’t do that we will not be independent of the federal allocation.”

The flagbearer of the ruling All Progressives Congress, APC, Biodun Oyebanji, who also joined late, said his experience both as the immediate past secretary to the state government and former commissioner for budget and economic planning will help him achieve speedy success if elected governor.

He said he is poised toward achieving a “development enterprise.”

When accused of violence, Mr Oyebanji said “Violence will not add anything, we are very much committed to a free and fair electoral process and shall abide by the electoral act and the law.”