You Are Not In A Position To Point Fingers, Atiku’s Spokesman Tackles Tinubu 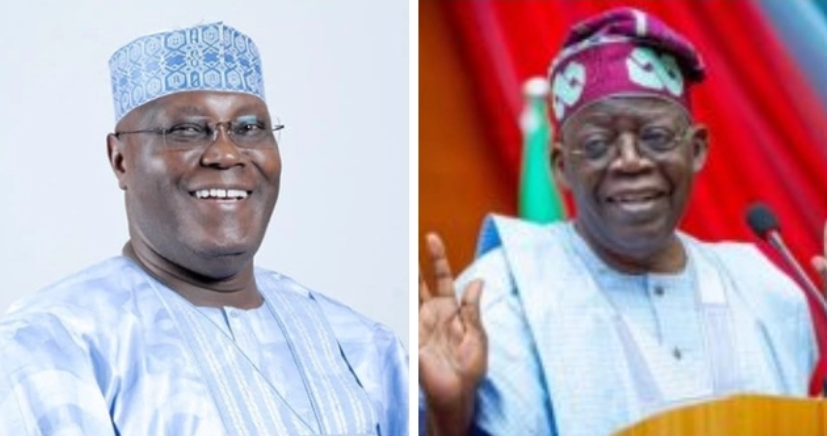 The recent blame game between the presidential candidate of the Peoples Democratic Party (PDP), Atiku Abubakar, and the flagbearer of the All Progressives Congress (APC) has taken a new twist with the latest jab coming from the former vice president’s camp.

In a statement on Saturday, Atiku’s media adviser, Paul Ibe, faulted an earlier statement by Tinubu’s spokesman following a TV interview granted by the PDP flagbearer who is fondly called Waziri by his supporters.

“We would like to challenge Bola Tinubu to subject himself to an hour-long interview like the Waziri did, and if he is able to be as articulate and mentally present as our candidate, then he can talk,” said Ibe.

“Until then, we will only want to remind him and his yes men that they are not in a position to point fingers when they have not sat on the hot seat.”

The controversy between both presidential hopefuls began when Atiku, in an interview with Arise TV on Friday morning, claimed he rejected Tinubu as his running mate in 2007 on the then Action Congress of Nigeria (ACN) platform because he was against the ideology of a Muslim-Muslim ticket in the interest of the country’s unity.

“Tinubu wanted to be my running mate when I was given the ACN presidential ticket in 2007, but I disagreed. And because of that, he switched his support to the late Umar Yaradua. That was the parting point,” he had said.

But in his reaction barely a day after the interview aired, Tinubu countered the claims made by the PDP candidate whom he accused of demeaning himself by pandering to base prejudice at a moment Nigeria needs true leadership.

Rather, he explained that he and the ACN helped Atiku in 2007 after he was frozen out by former President Olusegun Obasanjo and forced out of the PDP.

“We are saddened to see such a man become unhinged from the truth,” said a statement by the APC candidate’s spokesman, Tunde Rahman. “So obsessed is he with his quest for office, Atiku is willing to render any form of untruth if he thinks it might gain him a single vote. Atiku may want to be president. However, all he has shown is that he is pathological.”

Following the latest reaction from Mr Ibe, Nigerians would only expect another dramatic twist in the blame game by both men.

Read the full text of the statement by Akitu’s spokesman below:

We Challenge Bola Tinubu To Take The Hot Seat

We were rather amused to read the knee jerk response from the Tinubu Campaign Organisation to the wave making interview granted by Waziri Atiku Abubakar to Arise TV on Thursday, July 21, 2022.

Amusement, because we expected this. Mr. Tinubu has not sat down to do any prolonged interview for obvious reasons. Nigerians have seen him talk in public and can themselves gauge the reason why he is mortified to do so.

Nevertheless, I will now take the issues in their statement one after the other.

* The Tinubu campaign exposed its gross desperation and vacuousness by citing the provisions of the Constitution of the Federal Republic of Nigeria (as amended) 1999, to declare Waziri Atiku Abubakar’s stance on engaging in a side business while he was a young custom officer as a breach of the law. It is pertinent to educate the Tinubu campaign organisation that Nigeria is not under a military regime and our Constitutions are not retroactive in nature.

* Again, the Tinubu campaign betrayed either dishonesty or lack of attention to detail by claiming that Atiku Abubakar said oil contributed 20% of Nigeria’s GDP. That is a lie. What the Waziri said is as follows:

“Oil only maybe accounts for about 20% of our GDP”.

* The use of the word maybe by the Waziri was in reflection to the different figures given. While the Nigerian Bureau of Statistics states a figure close to 10%, other multilateral organisations have given a much higher figure of between 15-20%. So, while the jury is still out, it is right to qualify the contribution of oil and gas as a maybe. However, we do like to point out that Waziri Atiku Abubakar mentioned both the PDP and the APC during the interview and did not forget the name of his own party.

* It seems the Tinubu campaign organisation (can a disorganised body be called an organisation?) does not know the meaning of rotation of power and micro zoning. So, we will gladly educate them. Rotation of power refers to a constitutional provision where power is zoned between North and South. Micro-zoning refers to a non-constitutional idea, where power is zoned not between North and South, but amongst geo-political zones. We hope this cures the political illiteracy of the authors of that document.

* The rude response also accuses Waziri Atiku Abubakar of having “limited education”. Atiku Abubakar has an earned Masters degree from Anglia Ruskin University. We challenge any of the present Presidential candidates to present an equal or higher degree. Moreover, his university attendance is a matter of verified record. Can we say the same about some other persons?

* In conclusion, we would like to challenge Bola Tinubu to subject himself to an hour-long interview, like the Waziri did, and if he is able to be as articulate and mentally present as our candidate, then he can talk. Until then, we will only want to remind him and his yes men that they are not in a position to point fingers when they have not sat on the hot seat.

Presidential candidate of the PDP