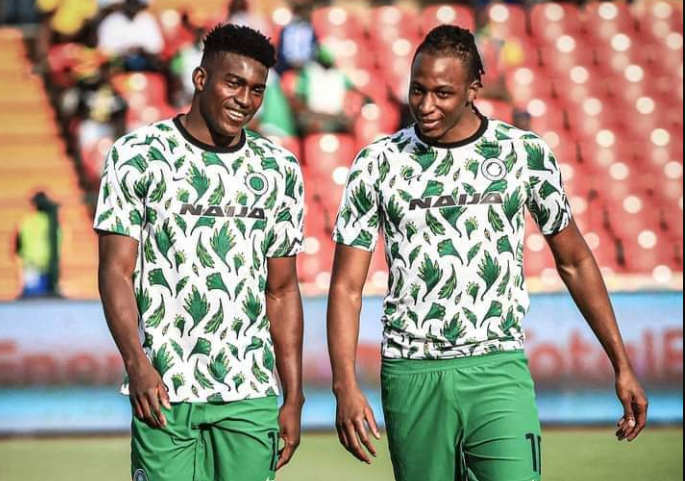 Aribo and Ndidi played throughout the game while Awoniyi started from the bench.

Aribo marked his competitive debut in the Premier League with a heavy 4-1 defeat to Tottenham on Saturday at the Tottenham Stadium.

Awoniyi started on the bench as newcomers Nottingham Forest suffered a 2-0 away defeat to Newcastle at St. James Park on Saturday.

Awoniyi came on for Sam Surridge in the 63rd minute and made eight touches during the encounter.

Iwobi played in midfield and had 48 touches with 31 accurate passes, two of which were key passes.

Ndidi returned to action on Sunday after a long-term absence because of a knee injury he suffered last March during a Europa Conference League second-leg game against Rennes.

The 25-year-old made some impact during Leicester’s 2-2 draw with Onyeka’s Brentford. Ndidi made 84 touches, 64 accurate passes, two tackles, and one interception.

Meanwhile, the duo of Kelechi Iheanacho and Onyeka saw the game on the bench for their respective clubs.

Collins played his second game for Cardiff City during their 2-1 away loss to Reading.

The defender played throughout the game, making four interceptions, five tackles, and one clearance.

Simon and his club, Nantes got themselves together with a barren draw against hosts Angers on Sunday after the embarrassing 4-0 defeat to PSG last weekend.

The duo of Moffi and Bonke kicked off the first Ligue 1 game of the season for their club FC Lorient on Sunday, which Lorient won by a lone goal over Stade Rennais.

Bonke played for 67 minutes where he provided a chance and made a tackle.

Ejuke’s debut game ended in a 3-1 defeat for his club Hertha Berlin by Union Berlin. Ejuke played for 34 minutes during the game.

Ujah’s presence was not felt during his debut game for second division side Eintracht Braunschweig against Darmstadt 98 on Sunday.

Ujah came in as a substitute as his club slipped to a lone goal defeat.

Dessers’ counterpart, Paul Onuachu, saw the game on the bench.

The 22-year-old midfielder played for 90 minutes.

Super Eagles defender Zaidu Sanusi enjoyed a season-opening victory over CS Maritimo on Saturday. The Portuguese giants won 5-1 to begin the season on a wonderful note with Sanusi featuring throughout the game.