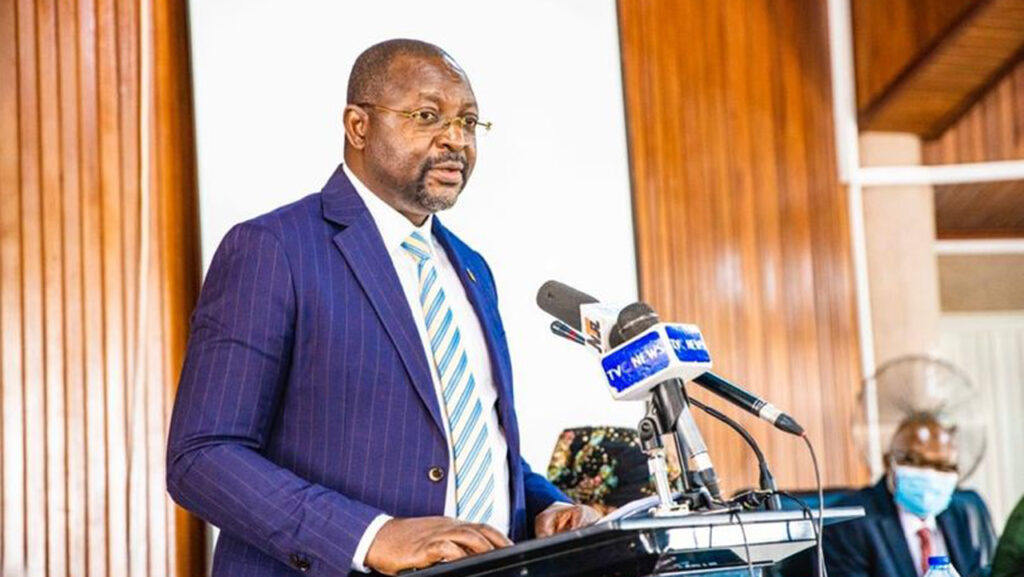 Some Nigerian basketball players on Tuesday asked the Minister of Youth and Sports Development, Sunday Dare, to immediately resolve the lingering leadership crisis in the Nigeria Basketball Federation (NBBF).

The News Agency of Nigeria (NAN) reports that the NBBF is currently embroiled in a leadership tussle, with Musa Kida and Igoche Mark laying claim to the Federation’s presidency.

Both men had emerged from parallel elections on January 31 in Benin and Abuja respectively, with each man elected alongside other board members.

Stanley Gumut, Players Representative on the Mark-led NBBF Board, on Tuesday in Abuja led a group of players on a visit to the Minister’s office.

He said the move was part of the players’ resolutions at their last meeting, and decried the fact that the Ministry appears not to be doing enough to resolve the crisis.

Mr Gumut lamented the fact that the crisis had been affecting the players’ career.

“This visit is sequel to the non-receipt of a response in spite of a series of letters written to the ministry.

“We thought it wise to visit the ‘Games Master-General’ of the country, and have an honest conversation with him.

“Our visit shouldn’t be deemed a protest, because it is a visit to the Sports Minister, who in addition is the custodian of all sports in Nigeria. He is like a father figure to us.

“Mark ‘D’ Ball Championship has kept us busy in recent years, but with the championship coming to an end, we are tempted to ask, ‘what will become of our future as players ?’ Mr Gumut asked journalists..

He said unfortunately, the players were unable to see the minister, as they were told he was not around.

Mr Gumut, however, said the players would continue to explore ways to resolve the crisis in the nation’s interest and the development of the sport.

The Kida-led NBBF board has FIBA’s (the world basketball governing body) approval to run the affairs of the game in Nigeria.