Conte Should Have Been Banned As Well, Says Tuchel 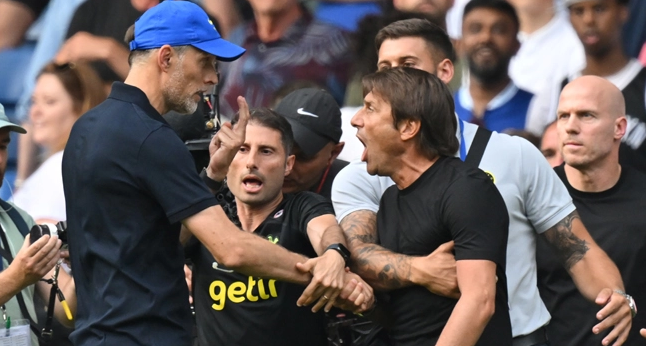 Thomas Tuchel has claimed Tottenham boss Antonio Conte should have been banned for his part in the touchline clashes that saw the Chelsea manager handed a one-game suspension.

Tuchel has appealed against the ban, but he expects to be missing from the bench when Chelsea host Leicester in the Premier League on Saturday.

Despite his provocative goal celebration near the Chelsea technical area and his part in the second incident after the final whistle, Conte was only fined £15,000 and avoided a ban.

“I think there are two sides to it, the one side is that I got a red card and I behaved in a way that is not appropriate and I regret it,” Tuchel told reporters on Friday.

“But it was out of passion and I don’t think it was aggressive. But I can accept if I get a red card that there is a touchline ban.

“What is hard to accept is the context, that I don’t think I started the aggression, and that it started earlier. And we both got a red card.

“And for a firm handshake at the end of the match one coach is banned, this is very hard to accept, but I have to accept it.

“In future, you will just hear a no comment from me on referees. No matter how big it is this is obviously what they want.”