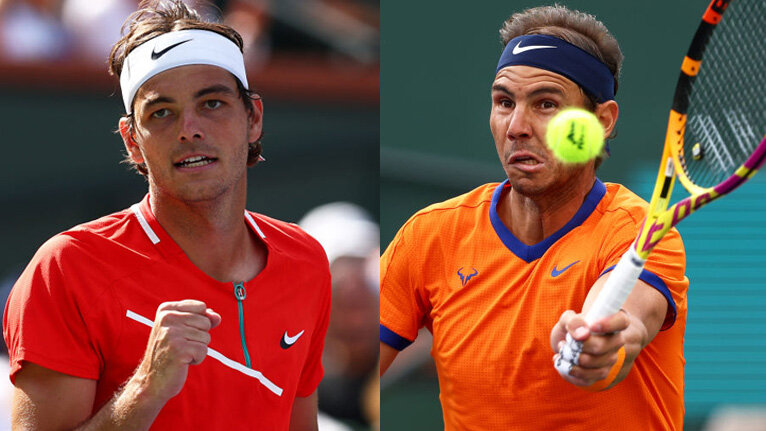 “I can’t be mad at it when it’s someone like Nadal. I mean, it’s Nadal,” he said. “How can you question anybody for wanting to cheer for him?”

American Taylor Fritz said his Wimbledon quarter-final loss to Rafa Nadal was the most painful of his career, after the Spaniard mounted a remarkable comeback to win in a fifth-set tiebreak.Struggling with an abdominal injury, the 22-times Grand Slam winner once appeared close to retiring mid-match but found the mental fortitude to beat Fritz 3-6 7-5 3-6 7-5 7-6 (10-4), whipping the adoring crowd into a joyous frenzy but leaving his opponent emotionally crushed.

“(This) probably hurts more than any loss I’ve ever had,” Fritz said after the match, his first-ever Grand Slam quarter-final. I feel confident saying this is number one because literally after the match was over, I was sitting there and I felt like crying, like I wanted to cry,” said Fritz.

The 24-year-old collected his first-ever Masters 1000 crown by beating an injured 36-year-old Nadal at Indian Wells this year, but was unable to overcome his opponent’s experience at the All England Club.

Fritz said squandered opportunities cost him dearly, especially as Nadal served to stay in the match in the fourth and fifth sets, as he failed to apply pressure on the twice champion.

“I just needed to do more those games. I needed to make it close. I needed to at least get him to like a 30-all, get him thinking that if he loses one more point, it’s match point,” he told reporters.

With fans firmly on Nadal’s side, Fritz lamented that crowd support might have also come in handy – not that he blames the spectators for their allegiances.

“I can’t be mad at it when it’s someone like Nadal. I mean, it’s Nadal,” he said. “How can you question anybody for wanting to cheer for him?”