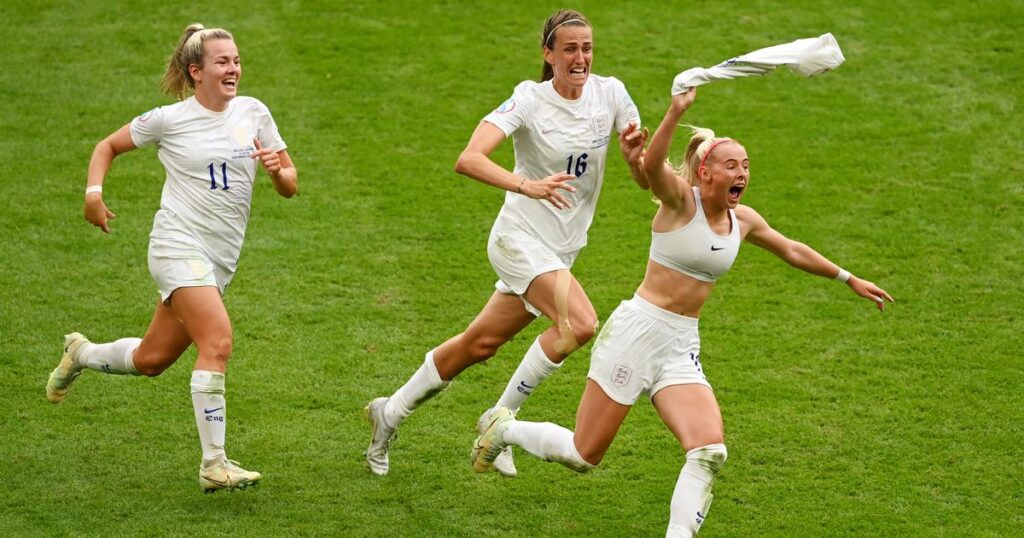 Chloe Kelly grabbed the winning goal by forcing the ball home during a corner-kick to the delight of the majority of the crowd which approached 88,000 at Wembley Stadium.

Substitute Ella Toone had opened the scoring for England just after the hour but Lina Magull levelled 11 minutes from time to force the extra period.

Germany, without captain and star striker Alexandra Popp who was injured in the warm-up, lost their first final in the competition they have won eight times previously.

England claimed the title having won all six of their games, scoring a tournament record 22 goals and conceding only twice.