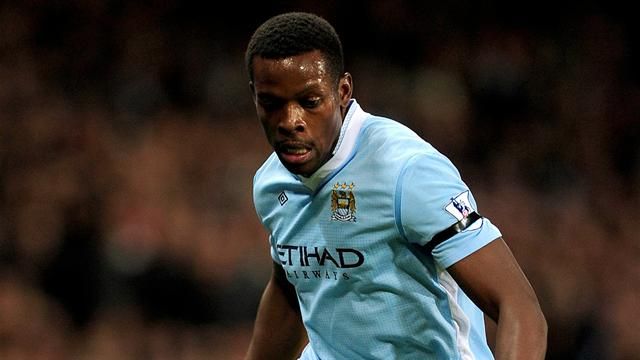 Ex-England youth international Nedum Onuoha has said that he turned down a chance to represent Nigeria at the international level because he did not want to jeopardise his career at Manchester City.

Onuoha turns down AFCON chance because of Manchester City

Onuoha was born in Warri, Delta State, Nigeria, before moving to Manchester in England, where he was brought up. As a result, he was eligible to play for both Nigeria and England.

Although he played for the Three Lions U21 side 21 times, Onuoha revealed he had the opportunity to represent the Super Eagles of Nigeria.

The 35-year-old revealed in his autobiography, as per Sports Mole, that he was invited to Nigeria’s squad ahead of the 2008 Africa Cup of Nations but turned the invitation down.

Onuoha said he turned down Berti Vogts’ invitation- Super Eagles manager at that time- because he did not want to lose his spot in the Manchester City squad.

“In the lead up to the AFCON championships, you could hear how people were speaking ill of it, the timing of it, not taking it seriously and the like, and that frustrated me, Onuoha told Sports Mole.

So I was continually pushing back, pushing back against it and initially, when I was [at Man City] under Mancini, I said to Berti Vogts, the then Nigeria manager, that I couldn’t go because I wasn’t comfortable in my club position.

“[At the time, I felt] that you would fall down the pecking order if you decided to go and play for your national team.

Having retired from football, Onuoha revealed he regrets his decision not to represent Nigeria. The ex-QPR admitted he would have loved to experience the feeling of playing in a major international tournament.

“In some ways, it was a bit of a regret, but then in the same breath [because] I didn’t have those experiences then I wouldn’t be perceiving things the way that I do today.

“So I do appreciate that, and I would have loved to have worn the shirt, but I’m just going to have to support from a distance now,” he added.

Onuoha never played for England’s national team, despite playing for the U21 team. The 35-year-old spent most of his career at City, although he also had spells at Sunderland, QPR and Salt Lake.