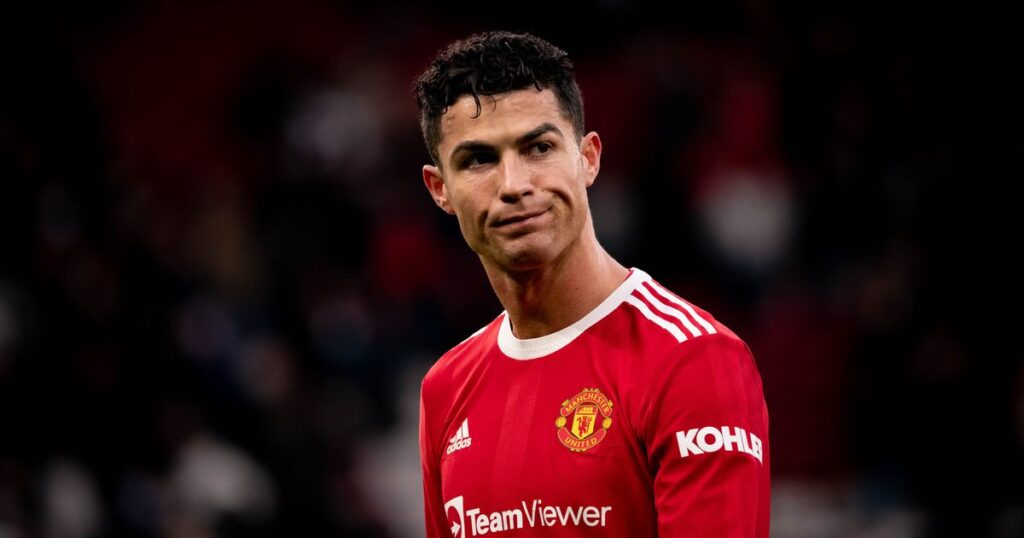 Ronaldo, 37,  wants to leave United after only a season having returned after 11 years last summer. The Portuguese is said to be desperate to play Champions League football.

A number of clubs have been touted for his signature, including Chelsea earlier in the window, with Atleti now emerging as the likeliest destination for the player should he leave United.

However, a number of supporters of Los Colchoneros have made it clear on social media that they do not wish for the club to sign Ronaldo.

Using the hashtag ‘Contra CR7’ (against CR7) on Twitter, supporters have tweeted things as dramatic as threatening to cancel their memberships with the club should they sign the former Real Madrid player.

‘If this one (Ronaldo) comes to my Atleti, I will cancel my two subscriptions…. We are not an asylum to collect scum,’ one supporter tweeted.

Animosity between the club and the player of course stretches back to his enormously successful nine-year stay at city rivals Real Madrid.

In that time, Atleti emerged under Diego Simeone to challenge Real Madrid and Barcelona for league titles and domestic competitions. It was in the Champions League, however, with Real Madrid beating Atleti in the finals of 2014 and 2016, as well as beating them in the semi-finals of the competition in 2017.

Ronaldo, typically, had a major part to play in all three of those occasions. He scored the fourth in Real Madrid’s 4-1 win in 2014, removing his top after netting his penalty in extra-time. He then scored the winning penalty in the shootout at the San Siro in 2016 and in 2017 he scored a first-leg hat-trick at the Bernabeu.

His haunting of the club did not stop there. When he joined Juventus in 2018 Atleti fans might have hoped they’d seen the back of him. It was not to be. A second-leg hat-trick in that season’s Champions League consigned supporters of Madrid’s traditional second club to yet more pain at the hands of the Portuguese.

Expressing their displeasure at the very notion the club would go anywhere near a player who was an arch-rival for so long, fans even said they’d rather lose than sign the player.