Joshua: I’m Relying On My Naija Power 100% To Defeat Usyk 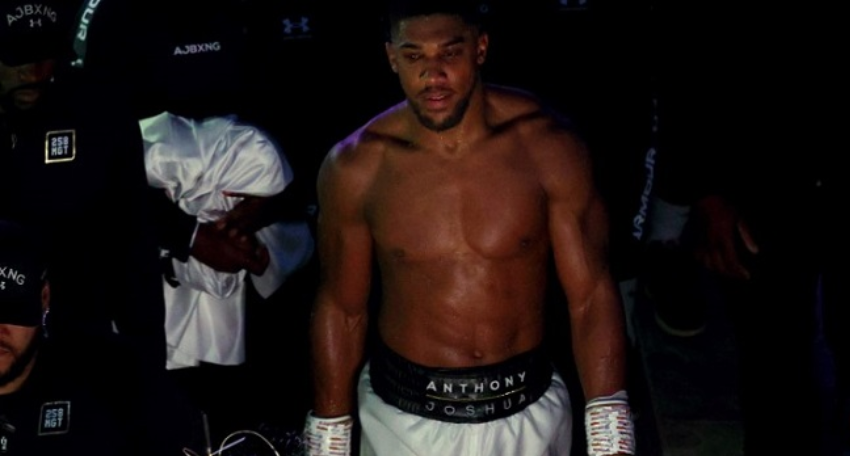 Former two-time heavyweight champion, Anthony Joshua is relying on his “Naija” power as he wraps up preparations to take on Oleksandr Usyk in a rematch on August 20 in Jeddah, Saudi-Arabia.

In an exclusive chat with Channels Sports in London, the British-Nigerian boxer confirmed that it will be another difficult fight but he is determined to win back the belts he lost last year September to Usyk.

When asked if he will be going into the ring with his Naija power, Joshua responded: “100 percent. That’s what got me here so I’m not going to get rid of it now. We are going to take it all the way.”

On September 25th 2021, Usyk put on an incredible show in front of 65,000 fans inside Tottenham Hotspur Stadium, outclassing Joshua over 12 rounds and that made the Ukrainian the new unified heavyweight world champion. He left the stadium with the WBA (Super), IBF, WBO, and IBO titles.

The war between Russia and Ukraine is on Usyk’s mind but he confirmed he is a professional and has a job to do next month.

“I’m very happy to have my opportunity to have a fight in Saudi Arabia – it opens some new horizons. I love to travel the world. Everything I do in my life, the way I live, the way I fight is enjoyment. I’m not fighting for money or recognition. I don’t want to become a great, I’m just doing my job now and will continue to do so while my heart is beating,” the heavyweight champion said.

Joshua now has two losses to his name and on both occasions the Briton was dominated by a smaller opponent. The former champ, has been preparing for the rematch under the guidance of trainer Robert Garcia. He is confident that with the right mentality, his fighter can become a world champion again.

“We have to do whatever it takes, we have to come out with different strategies in case one doesn’t work. Usyk is a great fighter, he came to my gym a few times to train – he’s a talented fighter. Come fight night we will do what we need to win.”

32-year old Joshua understands he needs the right mentality to go against a tough opponent as Usyk. He says it’s less talk now and more focus.

“I’m focused on the goal, God willing, I will perform, and I will become three-time Heavyweight champion of the world. With Andy Ruiz, I think a lot of people can see before the fight things weren’t 100%. You’ve got to be strong, thick skinned; we take our loss like a man. When I win, I keep moving and I thank everybody. When you lose, you have to stay humble as well as in defeat. We kept it moving and I knew I could come back again and do what I have to do.”

It has been announced that Anthony Joshua and Oleksandr Usyk will receive a split 50:50 share of the purse for this fight. the world title fight will have an impressive $80m (£65.4m) sum paid by the host country for the rematch.

Usyk says he is not fighting for the money, Joshua’s eyes are fixed on the titles he lost last year and also get back his respect. So, who wants the money?

There were definitely vital lessons for Joshua from the first fight and when he was asked what he learned that can be useful in the second, he responded confidently, “split his face open.”