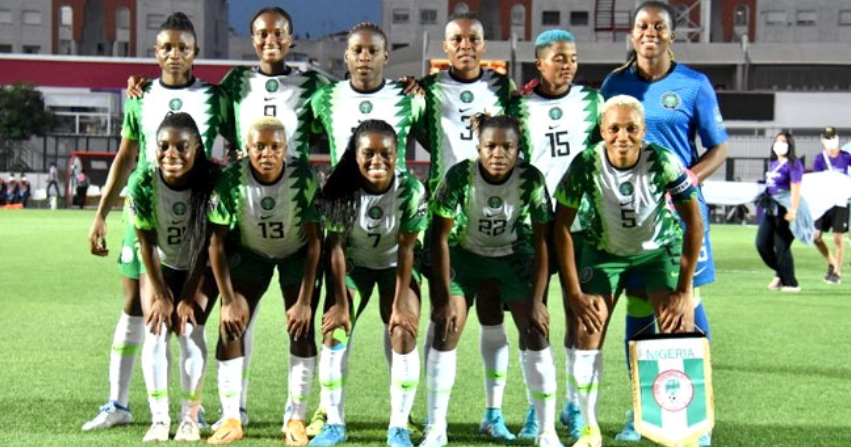 Cup holders Nigeria must overcome the challenge of the Indomitable Lionesses of Cameroon to qualify for next year’s FIFA World Cup finals, following the quarter-final pairings that emerged on Sunday night after the Super Falcons bumped Burundi 4-0 in their final match of Group C.

The win took the champions to six points and five goals advantage, but South Africa’s 1-0 win over Botswana meant the Banyana Banyana finished on maximum nine points and topped the group, setting up a clash with Tunisia in the last eight.

Nigeria dominated to an embarrassing degree and should have been ahead by two goals before Rasheedat Ajibade won and scored a penalty in the 25th minute after she was upended by onrushing goalkeeper Jeanine Irakoze.

Earlier, the very busy Ifeoma Onumonu shot over the sticks when clear on goal in the second minute and Peace Efih had an opportunity to rifle into the net four minutes later but opted to pass, which effort was cut off.

Four minutes after Ajibade scored from six yards, Peace Efih scored from a goalmouth melee after another dashing run and cross into the box by Ajibade.

Less than 60 seconds after, Nigeria were 3-0 up after Ajibade hugged the bye line and threaded the ball into the box for advancing Uchenna Kanu to hook into an empty net.

Kanu thought she had made it four in the 38th minute but her effort was ruled offside, and then came very close in the 40th and 43rd minutes only to miss from close range.

In the second half, the Falcons started the way they left off in the first period, with Ajibade lifting the ball into the box for Kanu to rifle past substitute goalkeeper Amissa Inarukundo with only 22 seconds gone.

The Falcons then took their feet off the pedal as the match puttered and petered out, even as Christy Ucheibe’s rasping drive was finger-tipped to the upright by Inarukundo in the 56th minute and Macleans Chinonyerem made a hash of a great pass from Gift Monday with five minutes left.