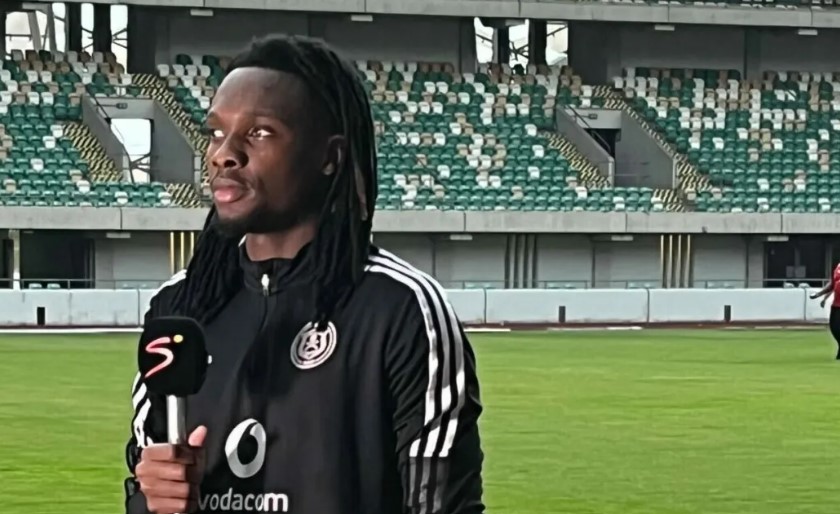 During that period, William Okpara, a Nigerian goalkeeper, was instrumental to the success of the club during the competition.

Having played a 2-2 draw in Johannesburg in the first leg, Okpara kept a clean sheet to h Pirates to a 1-0 in the second leg in Abidjan.

After their historic victory in 1995, Pirates have had some unfortunate situations in the competition reaching the finals twice without winning it.

Their first time in the final after 1995 was in the 2013 CAF Champions League edition against Al Ahly.

The game ended 3-1 in favour of the Egyptian side. The second final was in the CAF Confederation Cup in 2015 where they lost to Etoile du Sahel 2-1 on aggregate.

But fast forward to the recent times, Super Eagles player Olisa Ndah is optimistic that his club can break the jinx on Friday as the current Pirates squad seek to end their 27-year wait for a continental trophy.

Ndah, while speaking with journalists after his club’s warm-up training at the Godswill Akpabio Stadium on Thursday ahead of their game on Friday, said that his team has been “hungry” for a continental trophy for a long time.

“Yeah, we are so hungry. This is so important because many people speak about how good the South African league is and for some time now, the Northern part of Africa has dominated. We just have to win and put smiles on the fans.”

Olisa Ndah believes playing at Uyo is an advantage for his side to feel at home because of the Nigerian fans who will support them.

“Yeah, it feels so good. First, I am playing at home. I’m really happy and proud of the team for how far we’ve come. We just have to crown the efforts.

“It is so important for the team because my team will need the support they can get now. Fans coming out, putting a lot of messages out there. I’m so happy and overwhelmed to be here being at home, I hope it brings victory to us also,” Ndah added.

The 24-year-old Nigerian player who had made 25 appearances for Orlando Pirates in all competitions also spoke about his debut season in the South African league.

“I’ve learned a lot playing there. I have learned more tactics; I’ve learned so much. The coach has been wonderful to me, the management, and everyone. It has really helped push me to change my game to a certain state. I’m really happy playing there because it has improved my game.”

The 2022 edition of the CAF Confederation Cup kicks off at 8 p.m., Nigeria time.