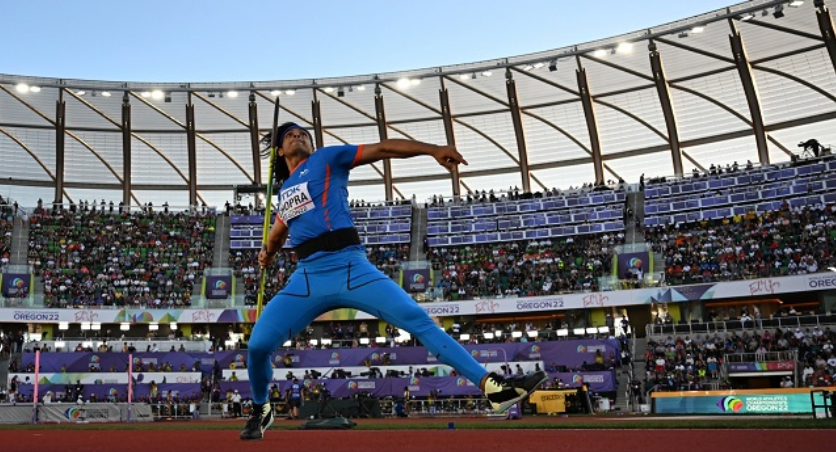 India’s Olympic javelin champion Neeraj Chopra has been ruled out of the Commonwealth Games in Birmingham with injury, sports authorities said on Tuesday.

“Chopra had called me earlier today from the US to convey his inability to take part in the Birmingham 2022 Commonwealth Games owing to fitness concerns,” Indian Olympic Association secretary general Rajeev Mehta said in a statement.

“Following his participation in the 2022 World Athletics Championships in Eugene, Mr. Chopra had had an MRI scan done on Monday and, based on it, he has been advised a month’s rest by his medical team.”

The Commonwealth Games start on Thursday.

Chopra, 24, made history for his country when he won the javelin at last summer’s Tokyo Games, becoming India’s first Olympic athletics gold medallist.

He followed that up with silver at the World Athletics Championships in Eugene, Oregon at the weekend.

Indian media quoted him as complaining afterward about “discomfort” in his thigh.

Chopra threw farther than he did in Tokyo and declared himself “satisfied” with second behind Grenada’s Anderson Peters.

“The hunger for gold will continue in me,” Indian media reported Chopra as saying.

“But I have to believe we cannot get gold each time.”