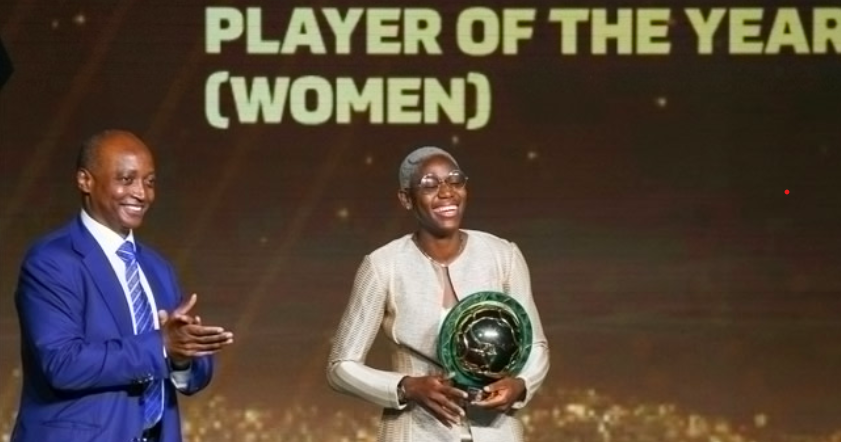 The win sees her overtake her compatriot Perpetual Nkwocha as the player with the most African Women’s Player of the Year Award.

She was the only Nigerian nominee to make the 2022 CAF awards’ final shortlist.

Super Falcons’ coach Randy Waldrum was originally nominated for Coach of The Year but dropped from the final shortlist.

The situation was similar for Super Eagles players Moses Simon and  Akinkunmi Amoo.

She was forced to miss the ongoing Women’s Africa Cup of Nations in Morocco due to an injury.

It was his second time clinching the award.

The Senegal forward first won the honour in 2019 while he was at Liverpool.

“I am really honoured and highly delighted to receive this award again,” Mane said.

“Thanks to my coaches, my club and national team colleagues and those friends who stood by me during difficult times.”

Mane was in the Moroccan capital to receive the award after a dash across the Atlantic having converted a penalty for his new club in a 6-2 pre-season friendly win over DC United in Washington on Wednesday.

It was the second successive continental player of the year award for Mane after the coronavirus pandemic forced the cancellation of the last two editions.

He won ahead of former Liverpool teammate Mohamed Salah from Egypt and fellow Senegal international and Chelsea goalkeeper Edouard Mendy.