Reds Stay In Contention For Title With Comeback Wining,Southampton 1-2 Liverpool 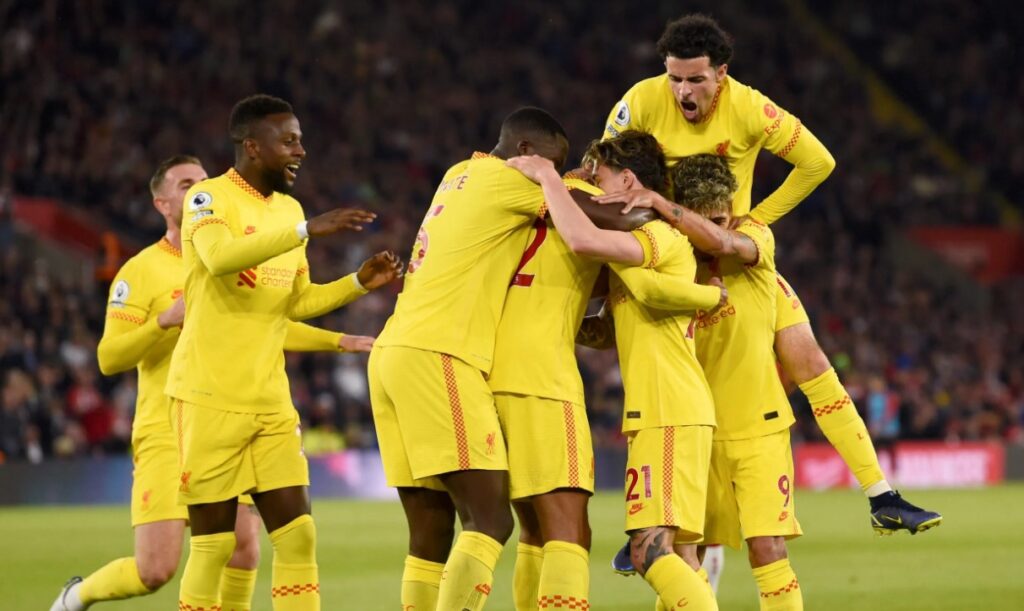 Liverpool are still very much in contention for an unprecedented quadruple. The Reds showed just how much they are ready to create history as they came from behind to to beat Southampton 2-1 at St Mary’s on Tuesday night.

With the crucial victory, it means the Premier League title race will continue into the final day of the season.

Manchester City may have considered getting their title party started when Nathan Redmond put the Saints in front as defeat for Liverpool would have confirmed Pep Guardiola’s side as champions.

But there would be no early celebrations for the Cityzens as Takumi Minamino drew the visitors level before the break and Joel Matip scored what proved to be the winning goal in the second half.

With the three points from Tuesday’s tie, it leaves City one point clear at the top of the table, with a goal difference that is six better than Liverpool’s.

Aston Villa travel to the Etihad on Sunday, while Jurgen Klopp’s side host Wolves at Anfield.

It was surprising for many as the Liverpool boss made nine changes to the side that won the FA Cup, with only Alisson and Ibrahima Konate keeping their places.

Trent Alexander-Arnold, Virgil van Dijk, Mohamed Salah, and Sadio Mane were not even included in the matchday squad.

Though Southampton had limited attacking moves in the early exchanges, they were the ones that got the opening goal albeit completely against the run of play.

Lyanco’s seemingly rough challenge on Diogo Jota was met by appeals for a free-kick from Liverpool, but the referee waved them away and the Saints found Redmond out on the left.

He cut inside past Joe Gomez and rifled a brilliant effort into the far corner past Allison. Agitations by Klopp for a VAR check was not heeded.

That proved to be Southampton’s only shot in the opening 45 minutes.

Moments after, Liverpool thought they had an equaliser as Roberto Firmino had the ball in the back of the net but his effort was chalked off for being in an offside position

The equalizer did finally come when Jota slid the ball through to his teammate, who spent time on loan at St Mary’s last season, and Minamino hammered into the top corner at the near post.

At 1-1, Liverpool knew it was not enough so they mounted pressure in the second half.

The pressure paid off when Liverpool’s eighth corner of the match was flicked on by Mohamed Elyounoussi into his own box, where Matip stuck out a head and found the corner of the net.

Though Southampton mounted some attempts to get back on level terms, they did not succeed as Liverpool held on to keep their ambitious quadruple quest alive.